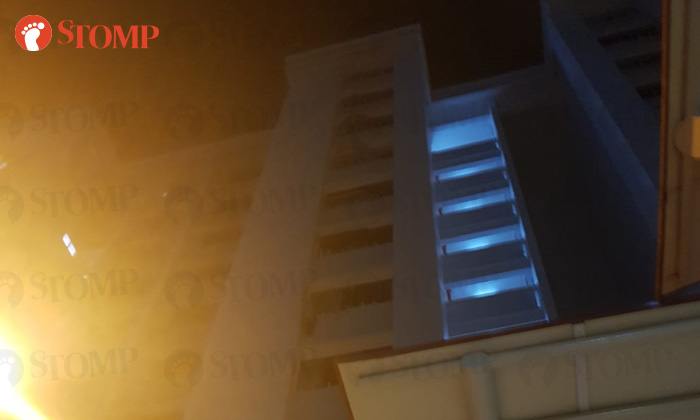 Stomper Lim encountered a power outage at Block 327 Yishun Ring Road that took place from around 11pm to 1am last Tuesday (Jun 12).

Lim said that a power outage occurred last month (May 10) as well, and the timing was also around 11pm.

"I called Essential Maintenance Service Unit (EMSU) three times and they came to fix it, but the power still kept tripping.

"The second time I called EMSU, they came again at around 12am to fix it but after half an hour the power tripped again, and at 1am there was another blackout."

Lim said that not only her unit but the entire block, as well as surrounding blocks, were also affected.

"I know because I went outside to check, I saw my neighbours checking too.

"I also went downstairs and saw other people calling EMSU as well."

Lim was worried that continuous blackouts might cause her air conditioner and Wi-Fi to have problems.

In response to a Stomp query, a spokesperson from Nee Soon Town Council said: "After initial talks with the project engineer, we have gathered that the power trip was likely caused by a faulty circuit breaker in the switch room.

"However, we are still investigating other possible causes of the power outage. The faulty circuit breaker has since been replaced.

"In the meantime, we will continue to monitor the situation closely."