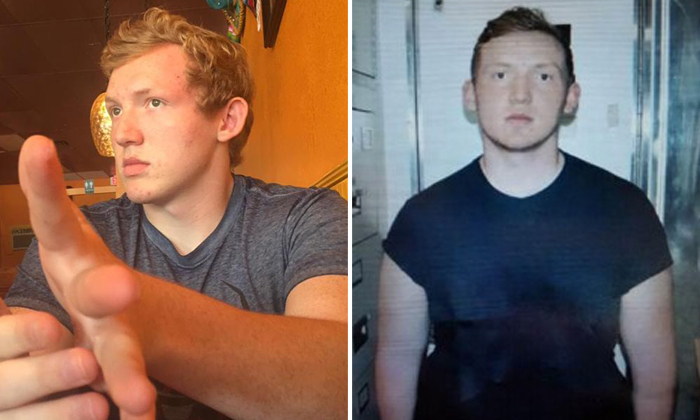 Seth Austin Woods has been found, police said in a statement on May 11.

The machinist mate fireman from Tennessee is currently in the custody of local US Navy officials, said Lieutenant-Commander Arlo Abrahamson, spokesman for the US 7th Fleet in Singapore.

According to The Straits Times, 18-year-old Seth found his way to the US embassy in Napier Road.

The US Navy will fully investigate the reasons why he went missing, added Lieutenant-Commander Abrahamson in a statement.

The police are looking for Seth Austin Woods, an 18-year-old seaman from the United States Navy who is missing in Singapore.

Seth was last seen in the vicinity of Raffles Boulevard and Temasek Boulevard at around 8am on Tuesday (May 8), said the police in a statement.

A Reddit user, who identified himself as a "distant cousin", said on the forum yesterday that Seth had disembarked a ship in Singapore with a friend.

"His friend went to 7-11 and he went to a smoking area to vape. When his friend came back, he was gone. It's been over 30 hours. They called his mother this morning," said the post.

Seth's sister, Ms Jodi Brown shared photos of him on Facebook and appealed for information regarding his whereabouts.

My brother is currently missing in Singapore he has been missing for 30hrs so if anyone hears from him please let my family know.. we don’t know much info but his shipmates are looking

If anyone here from my brother please let me know or my family!!

Ms Brown also told The Straits Times that she had no reason to believe that her brother deliberately ran away.

Seth's mother added: "The navy is all out looking for him. He has not been in contact with us. The last time I heard from him was March 17, just before he left.

"I wish I knew more, it's killing all of us here feeling helpless because I can't do anything."

Lt Commander Arlo Abrahamson, the US Navy's spokesman for the US 7th Fleet in Singapore, told The Straits Times that the navy was aware of the situation and is looking into the matter.

He said: "The US Navy is cooperating with local authorities and we will continue to diligently search for this missing sailor."

Anyone with information is requested to call the Police Hotline at 1800-255-0000 or submit information online at www.police.gov.sg/iwitness.

Related Stories
32-year-old woman with wound on her head has been missing for a week
S'porean missing after dive trip at Komodo Islands in Indonesia
Singaporean man, 56, missing after suffering leg cramp at Ipoh cycling event
More About:
missing
missing person