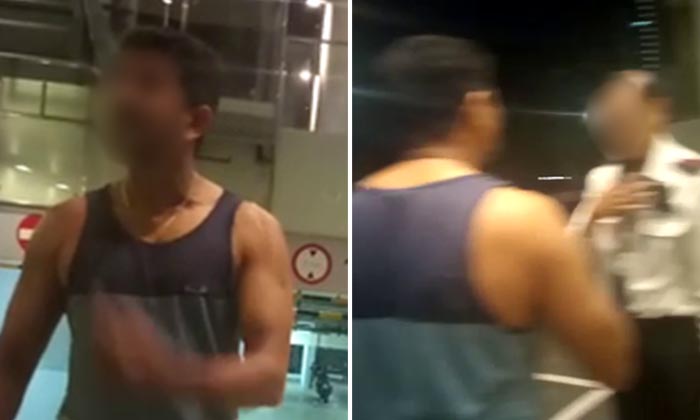 A report has been filed on the alleged doxxing of a man filmed verbally abusing a security officer at his condominium during the Deepavali weekend.

Police confirmed on Tuesday (Oct 29) that a report against harassment was filed over the matter but did not say who lodged the report.

The Straits Times understands that the report was made by the man in the video himself.

Since May, the Protection from Harassment Act (Poha) has been amended to forbid doxxing, or the publication of identifiable information about a person with the intention to harass, cause violence or fear of violence to a person, with those found guilty liable to be jailed up to a year and fined $5,000. It is not clear if the changes are in force yet.

In the latest incident, a video uploaded to YouTube last Friday shows the man swearing at a security officer after being told by the officer that he needs to pay parking fees for guests visiting the condo. At one point, the man recites his mobile number.

The security officer has made a separate police report over the matter.

Since then, details of the man’s condo unit and mobile phone number, as well as his alleged pay and education history, have been published online as netizens asked his employer, global financial services company JP Morgan, to sack him.

In an internal e-mail memo on Tuesday sent to its more than 3,000 Singapore-based staff, JP Morgan reminded its employees to uphold a "culture of respect" in their daily conduct.

Written by Mr Edmund Lee, the senior country officer of JP Morgan’s Singapore offices, it read: "Our people, services and commitment to integrity have made JP Morgan one of the most respected financial institutions in the world. We all have a shared responsibility for preserving and building on this strong reputation."

Without referring to the video or explaining why he sent the e-mail, Mr Lee also added: "All of us...are expected to demonstrate the highest standards, including respect and dignity for others...inside and outside of the workplace."

Said the Senior Minister in a Facebook post on Sunday: "We should absolutely avoid threatening or harassing the resident concerned. A police report has been made by the security officer, and we should leave it to the police to handle."