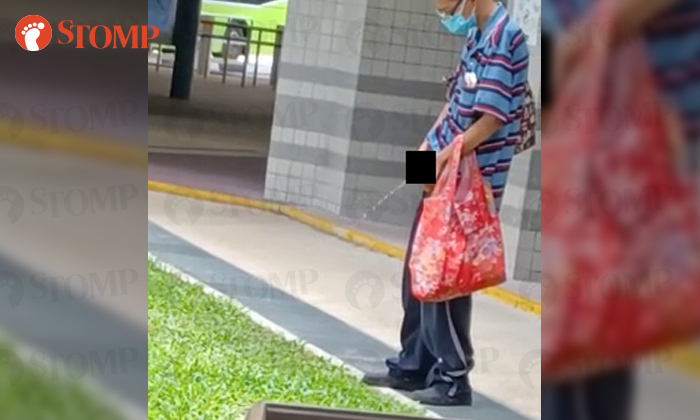 A man was spotted urinating in public -- in full view of passers-by, including a child.

She shared a video showing the man peeing on a grass patch.

WT added: "My daughter witnessed a man in his 40s to 50s taking a leak in public.

"It was disturbing for her to witness such an act at her age, but she took a video so the man will be reported."