Woman squats down to pee outside Northpoint City 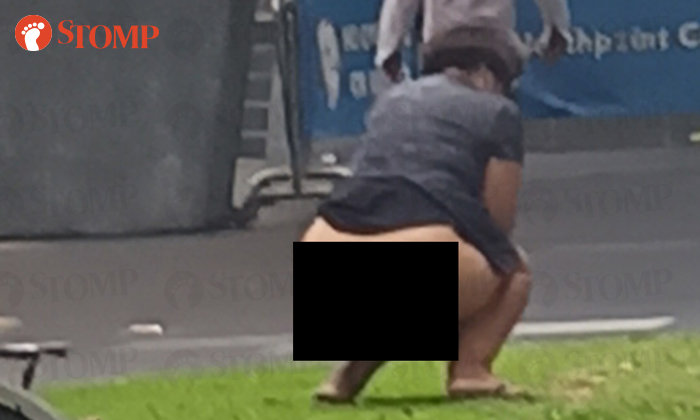 Passers-by were stunned by the sight of a woman pulling down her pants and peeing in public in Yishun on Tuesday (July 26).

Stomper Huda spotted the woman outside Northpoint City shopping mall at about 5pm.

She shared a photo of the woman squatting down at a grass patch outside the mall. Sprays of urine can be seen.

Huda told Stomp: "This woman pulled down her bottoms and started peeing in public. I was in awe and utterly shocked at what I saw.

"The first thing that came to my mind was what would happen if families walked by and kids saw her. What would they think?

"There were lots of passers-by and people standing around in that area who were shocked by what they saw too."

According to Huda, the woman walked away "as if nothing happened" after relieving herself, then stood at one side and lit a cigarette to smoke.

She added sarcastically: "Maybe the management should consider building a toilet outside the mall.

"I also have a question. Does our society accept this kind of behavior? I don't think so. We are a civilised society."

This incident comes less than a week after a man was seen urinating at the stairwell of Block 132 Yishun Street 11 on July 21.