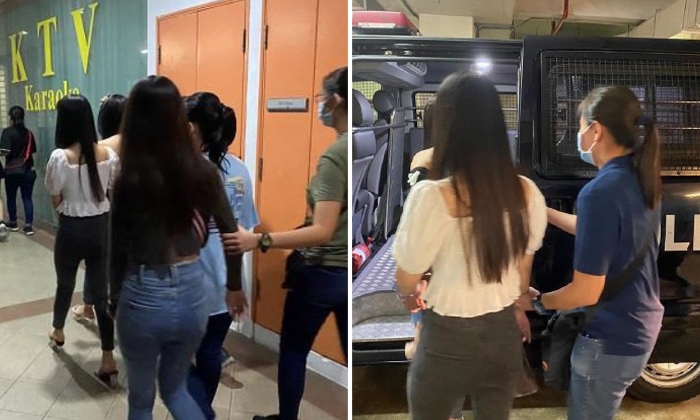 Twelve people were arrested for working without a valid work permit during an enforcement operation at an unlicensed public entertainment outlet located along Serangoon Avenue 2 on October 10.

The operation by Ang Mo Kio Police Division resulted in the arrests of a man and 11 women, aged between 22 and 39, under the Employment of Foreign Manpower Act.

In addition, the 27-year-old man is also being investigated for operating a public entertainment outlet without a valid license.

In a statement on Friday (Oct 16), the police said they take a serious view of anyone found breaking the law and offenders will be dealt with in accordance to the law.