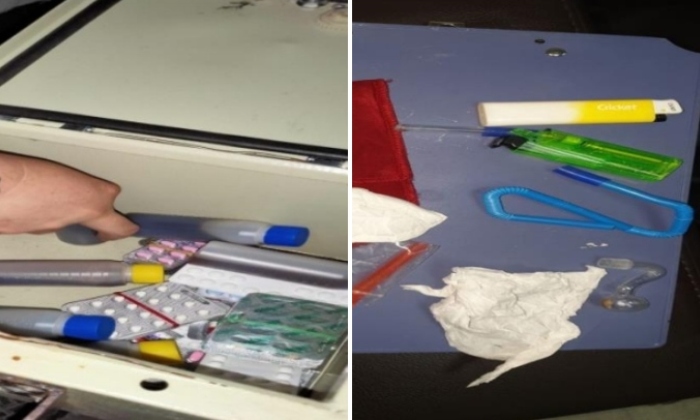 A total of 89 men and 39 women, aged between 17 and 73,  were hauled up for various offences in a week-long multi-agency enforcement operation conducted between Sep 21 to Sep 27.

During the operation, nine men aged between 25 and 62 were investigated for various offences including the suspected sale of illicit medication under the Health Products Act, suspected drug-related offences and being a member of a secret society.

Cough syrup and assorted brands of sexual enhancement and other illegal pills with a street value of over $8,500 were seized.

In addition, 19 men and 7 women, aged between 17 and 71 years old, were investigated for offences under the Common Gaming Houses Act.

Cash amounting to more than $9,000 and gambling-related paraphernalia were seized.

Of these, a 46-year-old man was arrested for his suspected involvement in drug-related offences.

Public entertainment outlets were also found to be operating illegally under the Covid-19 (Temporary Measures) Act 2020.

Of these, four women, aged between 26 and 29, were arrested for offences under the Immigration Act for overstaying in Singapore.

Separately, two men, aged 31 and 33, were arrested for offences under the Customs Act.

Four cartons and five packets of duty-unpaid cigarettes were seized, where the total duty and Goods and Services Tax evaded amounted to about $390 and $30 respectively

Another seven men, aged between 48 and 73, were involved in illegal hawking and were issued summons under the Environmental Public Health Act for hawking secondhand goods (such as clothing and shoes) in a public place without a licence from the Singapore Food Agency.

Commanding Officer of Geylang Neighbourhood Police Centre, Deputy Superintendent of Police Lee Ting Wei said: “This multi-agency operation is testament to our commitment in ensuring that the rule of law is upheld in the Geylang Lorongs.

"I would like to thank all agencies involved for their assistance and hard work and look forward to working together to keep Singapore a safe and secure home for all.”