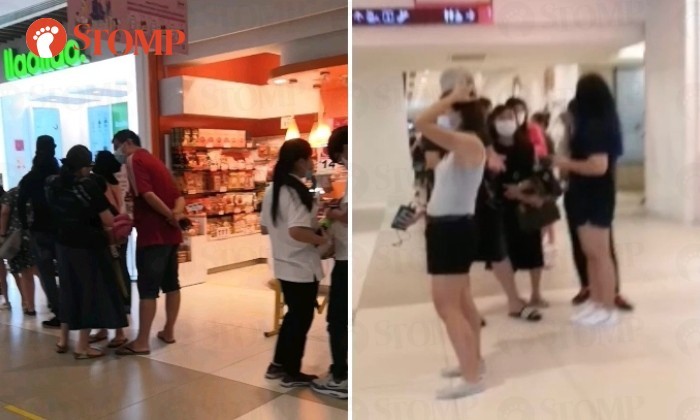 It is not uncommon to see Singaporeans wait in line for great deals, especially when it is a one-for-one promotion.

Who could say no to that?

The customers at llaollao shared the same sentiments, and snaking queues were formed outside the frozen yogurt shop during the second last day of its one-for-one promotion on their medium tubs on Wednesday (Aug 26) at 8pm.

A Stomper shared photos and a video of the queue situation outside llaollao at IMM Outlet Mall, and shared that he also joined the queue.

"It was crazy to see 50 people in line for this but I definitely had to join the queue. I have been a fan of llaollao for a year because of the wide variety of delicious toppings and creamy yogurt," the Stomper shared.

"Though the queue was long, my time spent waiting in line was worth it as the yogurt was so yummy.

"My first thought was that it is rather strange to see such a situation but I guess, if this keeps up, llaollao is going to be very popular and famous among Singaporeans.

"I also felt a little annoyed that I had to queue for so long but as I said, it was worth it and I think that everyone should try this special yogurt."

llaollao shared on their Facebook page on Wednesday (Aug 26) that due to an overwhelming response, they have extended the promotion for a day, which has since ended on Thursday (Aug 27).

[PROMOTION EXTENDED] Due to an overwhelming response, we will extend the promotion: 1-for-1 Medium Tub for only $5.90...