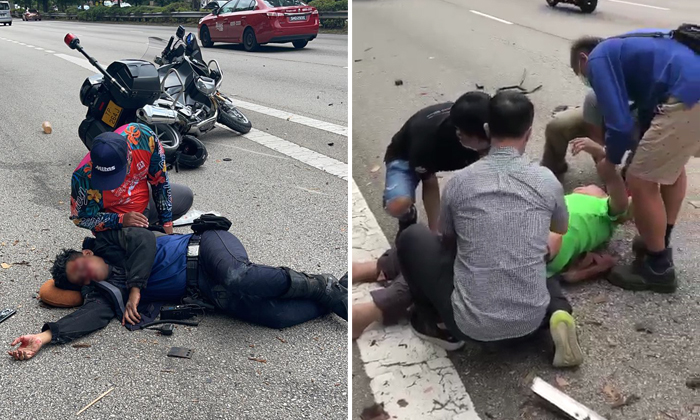 A lorry driver and a Traffic Police (TP) officer were injured after an accident along a slip road from the Pan-Island Expressway (PIE) on Wednesday (Jan 3).

In response to a Stomp query, the police said the TP officer had stopped a lorry for a traffic offence at the chevron marking between the slip road from Bedok North Avenue 3 and the PIE towards Changi Airport, before Tampines Avenue 5 exit, at 11.30am.

"While the TP officer was conducting checks on the lorry driver in front of the stationary lorry, a passing lorry collided onto the rear of the first lorry, causing it to move forward and hit both of them," a spokesman added.

The TP motorcycle can be seen lying on its side while debris is strewn all over the road.