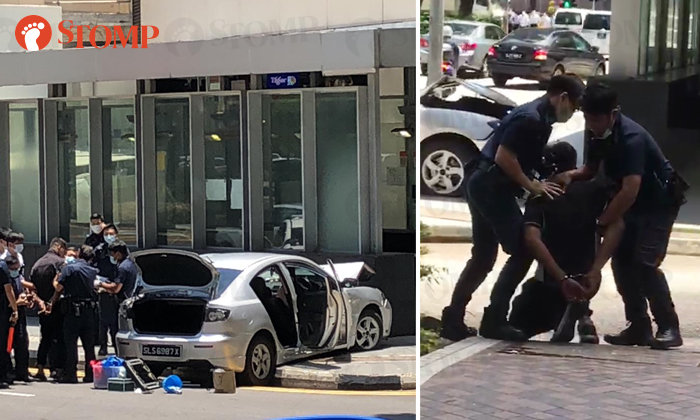 A driver was arrested for multiple offences following a dramatic police chase in the Central Business District (CBD), which resulted in him colliding with two other vehicles and mounting a kerb, on Thursday (Sep 24).

Police officers were patrolling at an open space carpark along Bayfront Avenue at around 11.50am when they came across a car with a missing front bumper, said a police spokesman in response to Stomp queries.

"A chase ensued and the pursuit came to a halt when the car mounted a kerb along Anson Road after colliding with a taxi and another passenger car," the spokesman added.

The 72-year-old taxi driver had no visible injuries. 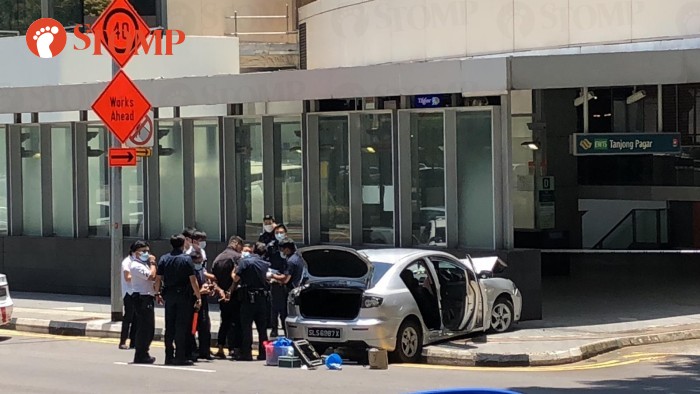 The 32-year-old suspect then attempted to evade the police on foot.

He was subsequently arrested for driving under the influence of drugs, dangerous driving causing hurt and suspected drug-related offences.

He was conscious when taken to Singapore General Hospital. 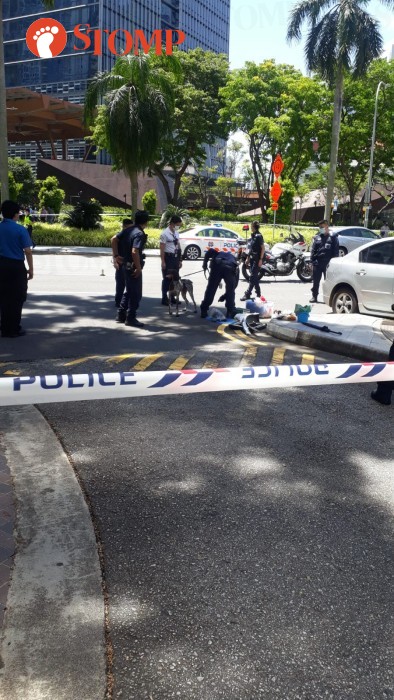 Police also said that a 32-year-old female Traffic Police (TP) officer was conducting on-scene investigations at the accident location when she was knocked down by another passing car at the junction of Anson Road and Prince Edward Road.

The TP officer was conscious when taken to Singapore General Hospital.

"Preliminary investigations revealed that the 36-year old male driver of the passing car had failed to keep a proper lookout," the police spokesman told Stomp.

"He was arrested for dangerous driving causing hurt."

In one video, the 32-year-old driver, who was in handcuffs, can be seen putting up resistance as police officers tried to restrain him.

In another video that Stomper Hidayat shared, police officers can be spotted searching the car with a sniffer dog.

Hidayat said: "There was a high-speed chase that ended with the driver crashing."