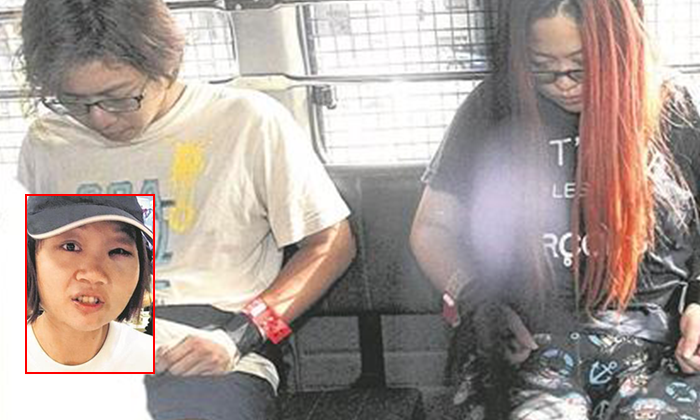 A couple who tortured a mentally disabled woman for eight months, resulting in her death, were handed their sentences on Friday (Dec 1).

The couple had previously pleaded guilty on Monday (Nov 27) to various charges for the extensive torture of Ms Annie Ee Yu Lian, eventually leading to her death in their flat at Block 878 Woodlands Avenue 9 on April 13, 2015.

Ms Ee was a waitress with intellectual disabilities and a friend of the two who affectionately addressed them as ‘sister’ and ‘brother-in-law’.

According to Lianhe Wanbao, the couple was initially charged with murder, but the charges were amended after the police completed investigations.

Justice Hoo Sheau Peng said that the couple had abused the trust of a vulnerable victim who treated them as family.

While the victim suffered in silence, the couple became emboldened.

Other than physically beating the victim, the couple also heaped insults and inflicted psychological damage.

They forced Ms Ee to surrender her salary and treated her as a servant, asking her to do their house chores.

The attack by the two also became progressively vicious.

From using their hands to slap and hit the victim, the couple quickly started using weapons, causing various injuries to the victim, including fractures.

Justice Hoo also stressed that the couple had attempted to cover up their actions by arranging a new job for the victim.

On the morning of the fatal assault on April 12, Ms Ee cut her wrist with a pair of scissors which was snatched away by Tan.

Despite Ms Annie suffering from multiple rib fractures, being covered in bruises and blisters, they did not bring her to a doctor.

Later that day, they found her lying in her own urine.

The couple accused her of peeing on the floor to get attention and scolded her.

When she slumped in a chair from exhaustion during the couple’s tirade, they decided to punish her, reports The Straits Times.

Tan swung a shrink wrap weighing 1kg against Ms Ee’s back multiple times until the victim pleaded with her to stop.

She was then told to return to her room, but lost her balance and fell to the floor.

Seeing her fall, Pua told Ms Ee ‘not to pretend’ and thrust the shrink wrap at her abdomen.

Still unsatisfied, he smashed a dustbin down on her, with such force that the bin cracked.

Justice Hoo in passing the sentence said that this was an ‘appalling’ case and that the couple had abused the victim in an ‘extremely cruel and inhumane manner’, causing her to die an indignant death.