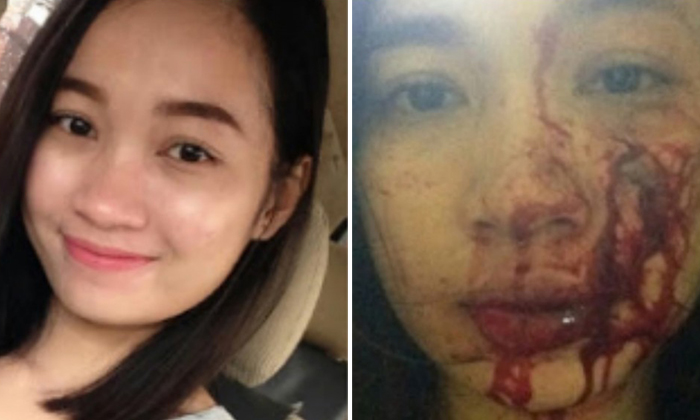 A 20-year-old private college student from Johor, Rochelle Wayne Ubong, was horrified when a man in his thirties reportedly unzipped his trousers and flashed her, before yanking her handbag and punching her in the face when she attempted to flee.

The incident happened on Monday (Jan 02) in front of the victim’s house in Tanjung Puteri Indah, Johor Bahru, Malaysia, when Rochelle was on her way home from an outing.

She received over 14 stitches to her face after the incident, reports The Coverage.

"When I arrived in front of my house, a man in his 30s appeared.

"What shocked me was that the man took off his trousers and flashed his privates.

"I was stunned and tried to run into the house but he yanked my handbag.

"He then proceeded to hit me in the face three times."

Rochelle’s screams drew the attention of her parents, who rushed outside upon hearing her, but the perpetrator had already escaped.

Rochelle’s parents then brought her to a nearby clinic to seek treatment before lodging a report at the Masai Police Station.

Said the student after the disturbing ordeal:

"I’m still traumatised by the incident and it happened so fast.

"I just want the public, especially women, to be extra careful whenever they walk alone."