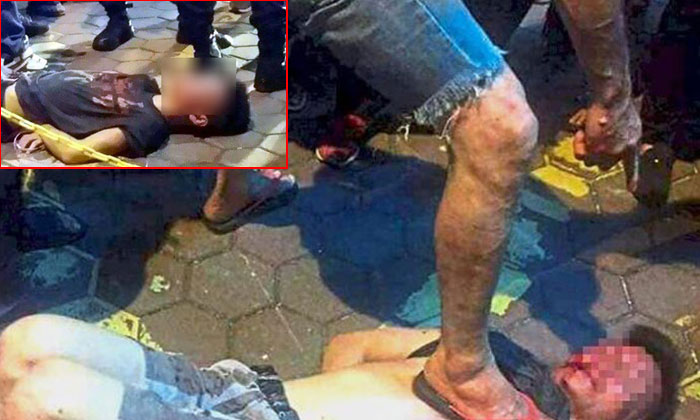 An auditor ended up getting beaten up when he was caught filming an upskirt video at a shopping complex in Johor Bahru, at around 9pm on Saturday (Dec 10).

According to a report by The Star, the victim who was reportedly in her 20s, was busy fiddling with a game machine when the pervert started filming her secretly,

Fortunately, a female friend of the woman noticed what he was doing and approached to confront him -- where he then tried to flee thereafter.

He could run but he sure could not hide when the other shoppers managed to catch up with him and later proceeded to tie him up and give him a good beating.

However, some passers-by stopped the assault before the police arrived at the scene.

Turns out, filming such inappropriate videos was not new to the 27-year-old. There were several upskirt photos of children found stored in his smartphone as well.

ACP Sulaiman thanked the public but reminded them not to take the law into their own hands.