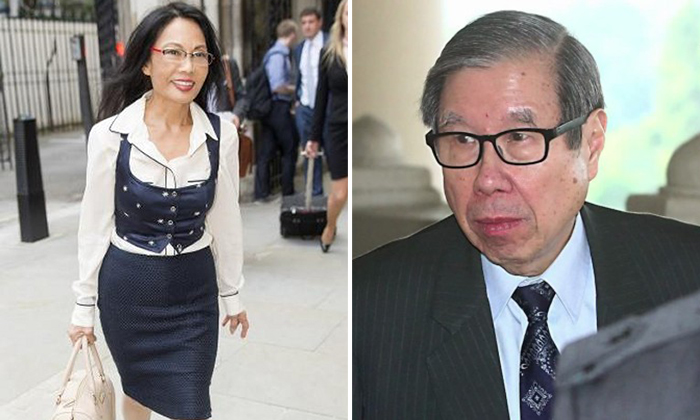 A four-year divorce case between former Miss Malaysia Pauline Chai and her Malaysian tycoon husband Khoo Kay Peng is over.

Britain's Mail Online reported on Thursday that a family judge signalled the end of the marriage by granting a decree nisi with both sides having racked up £6 million (S$10.7 million) in legal fees between them - one of the most expensive divorce cases to come before the British courts.

Ms Chai, 70, had wanted the divorce to be decided in the United Kingdom, where she stood to receive 50 per cent of the assets of Tan Sri Khoo, 78.

The latter tried to have the case heard in Malaysia, where Ms Chai, the Miss Malaysia 1969 winner, would likely have been awarded much less.

The amount that Ms Chai is asking for as a payout will be agreed later in the year.

Read the full report at The Straits Times.