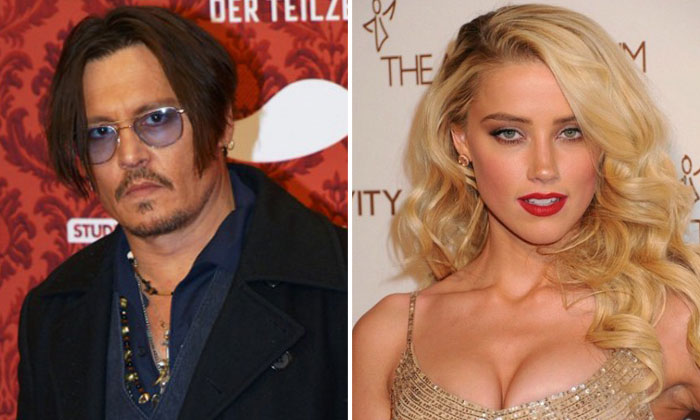 Amber Heard has been given custody of two dogs and a horse in her divorce agreement with Johnny Depp.

The former couple split last May after 15 months of marriage, and after their divorce was finalised on Friday (13.01.17), details of how they will split their assets have been revealed, with the 'Danish Girl' actress keeping canine companions Pistol and Boo - who were at the centre of an infamous pet smuggling row with Australian officials in 2015 - an equine named Arrow, and two vehicles, a 2015 Range Rover and a 1968 Ford Mustang.

According to documents obtained by People, Johnny, 53, will keep all of his properties, including homes in Los Angeles, his home state Kentucky, France, and his retreat in the Bahamas.

He is unlikely to miss the two cars Amber, 30, is taking as he will retain possession of a staggering 42 vehicles, including cars, motorcycles, boats and golf carts.

Elsewhere in the paperwork, the payment plan of Amber's $7 million divorce settlement - which she previously revealed she will donate to charity - is set out, with the 'Pirates of the Caribbean' star having already handed over $200,000.

He is due to pay a further $1 million next month and then deposits of the same amount in May and August, before an additional $500,000 before November 1 and another $2.3 million before February 1, 2018.

The former couple have agreed to waive spousal support and will pay their own attorney fees, except for $500,000 that Johnny will contribute towards his ex-wife.

The pair - who met on the set of their movie 'The Rum Diary' - have been through an acrimonious divorce, which began when Amber accused her former spouse of domestic abuse.

Though she dropped charges against him and they agreed a settlement last August, there have been accusations of the actress trying to "extend her fifteen minutes of fame" and the actor of dragging proceedings out to further upset the blonde beauty.