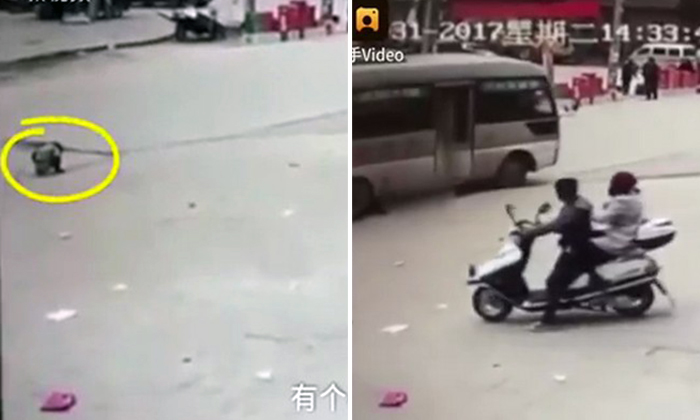 A six-year-old girl who was peeing on the road in China was subsequently run over and killed by a passing minibus recently.

CCTV footage of the incident has been shared on Miaopai, which shows the girl running over to the road.

She then pulls her pants down and squats to pee.

10 seconds later, a minibus runs over her, with frantic passers-by trying to stop the bus.

According to Shanghaiist, the girl was rushed to a nearby hospital, where she died from her injuries.

Chinese netizens, however, have slammed the girl's parents, blaming them for her death.

Most asked where they were when the child was on the road, and why was the child peeing on the street.

Some also took pity on the driver, saying the incident was no fault of his.