Caught on CCTV: Two-year-old struck fatally by car in China as mother is distracted by phone 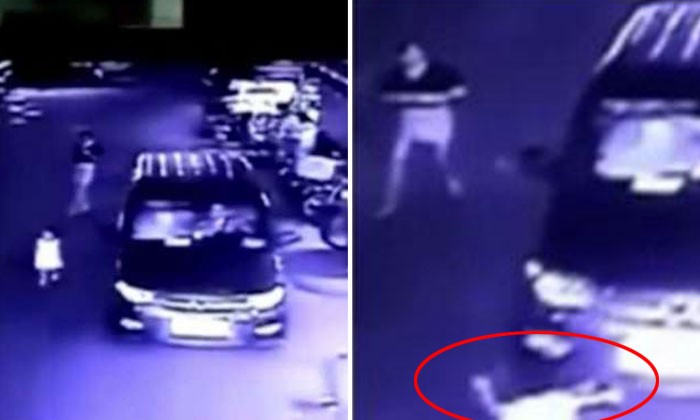 A mother preoccupied with her mobile phone in China let her two-year-old daughter wander ahead - only to see the little girl fatally struck by a car.

Both mother and daughter are seen walking, with the child a distance ahead as the mother is busy looking at her phone.

As they move past a parked car, the little girl suddenly speeds up and dashes in front of the car just as the driver moves off, hitting the toddler and running over her.

Her mother rushes to her aid, but the girl died on the spot, Wanbao reported.

Netizens criticised the mother for not keeping a close enough watch on the girl, with one saying: "The handphone has killed again."

Another said: "They have no safety awareness at all. They think that any place is just like their own backyard."

Others, however, also cast the blame on the driver of the car. They said that the driver was equally responsible as he or she did not check the surroundings before moving off.