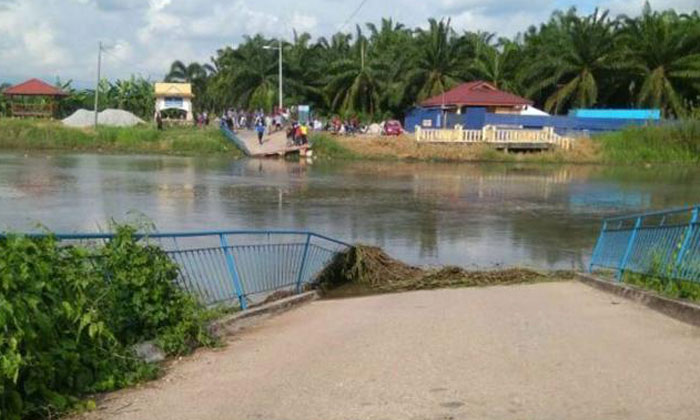 The 31-year-old bridge connecting Kampung Penghulu Tengah and Kampung Telok Rimba in Johor, collapsed after a downpour on Friday (Jan 20).

Popularly known as Jambatan Kasih (Love Bridge), The Star reports that the collapse was sudden.

The bridge previously helped shorten the travelling time between the border of the above mentioned two states by almost 45 minutes -- and this is definitely much shorter as compared to travelling on the trunk road.

"We believe the swollen river was caused by the heavy downpour resulting in the bridge to be swept away by strong undercurrents.

"Fortunately, there was no one crossing the bridge when the incident happened at around 3pm on Friday.

He added that the bridge would be rebuilt as soon as possible.

"It was used to travel to Tangkak and to schools in Johor," she said