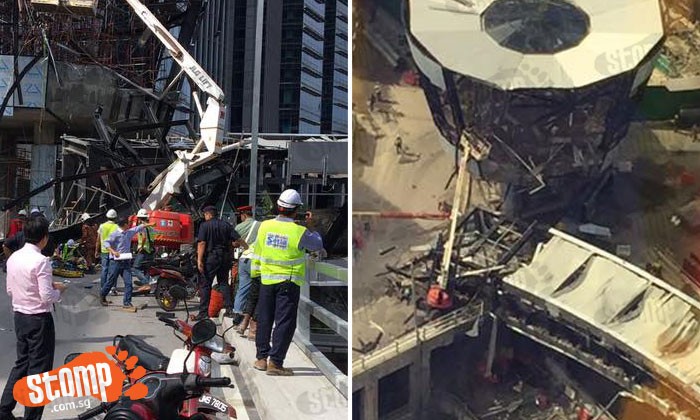 One worker was killed while five others were injured in the collapse of a pedestrian bridge between Kuala Lumpur Eco City and Gardens shopping mall at Mid Valley, Kuala Lumpur, which was under construction at the site on Nov 30, at around 3.30 pm.

According to Malay Mail Online, SP Setia Berhad, the developer of the up-and coming KL Eco City has confirmed the victim's death.

The accident occurred at the Abdullah Hukum project site. It is reported that the pedestrian link had collapsed.

The developer said in a statement, "The project team is still assessing the situation and is working closely with the relevant authorities. The number of casualties is still being determined. As of the statement release time, one worker died."

SP Setia also mentioned how it deeply regretted the incident, but is unable to provide further details as investigations are still ongoing.

However, five people have been injured and three are in critical condition according to Kuala Lumpur Fire and Rescue department chief operations officer, Shamsol Maarif Saibani.

A preliminary report by Shamsol confirmed that three of the victims have been sent for treatment to Universiti Malaya Medical Centre.

KL Eco City has been described as a "world class city-within-a city" on 25-acres of prime land and is a mixed development of commercial, retail space and luxury residential property on its website.