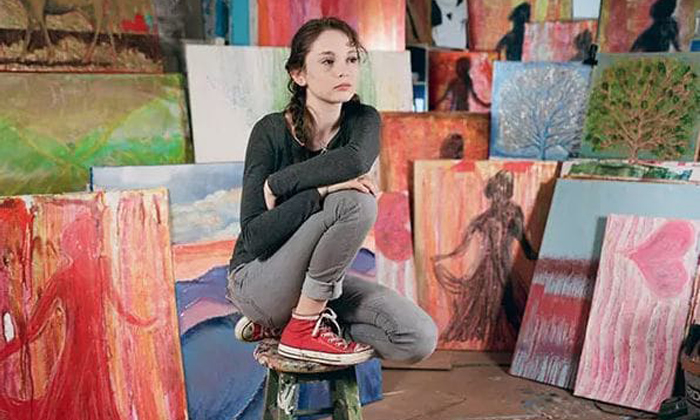 While many 14-year-olds are out there working on their Snapchat pictures and Instagram Stories videos, this 14-year-old girl had started to make a name for herself as an incredibly talented artist.

Autumn de Forest stepped into her family's house studio at the age of five, took up a paint brush, painted, and knew that art was going to be the thing that she was good at.

Her work has been compared to art world giants such as Andy Warhol, Jackson Pollock, and Pablo Picasso, Diply reports.

Her work has also been in exhibitions all around the world and she never ceases to impress.

Dr. Joanne Ruthsatz, the foremost authority on the clinical study of prodigies, named her an “advanced child prodigy”.

After selling her first painting for $1,000, Autumn decided to dedicate her time and money to charitable work, some of which include Habitat for Humanity and the Red Cross.

She was even honored by the Pope in 2015 and awarded the International Giuseppe Sciacca Award for Arts and Culture.

We know what you are thinking: Life is just not fair.

Well, Autumn does come from a long line of artists including Roy de Forest, Lockwood de Forest and George de Forest Brush though. Talent definitely runs in the family!