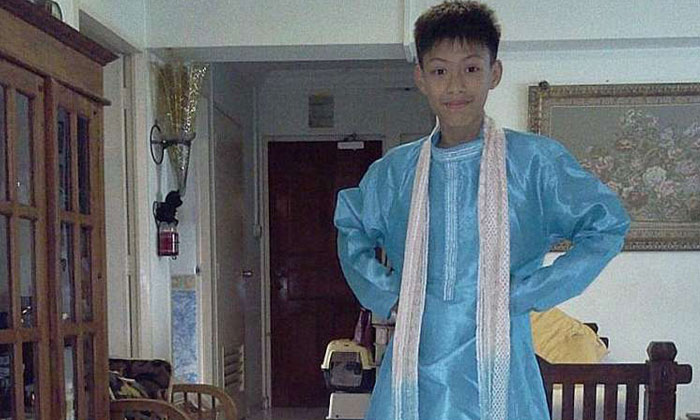 Waleed Baqeer Idham Khalid, 15, is another Pathlight School student with a gift for languages.

The Secondary 3 schoolboy taught himself Tamil and now speaks it fluently, which his mother attributes to his obsession with elephants.

"My boy was diagnosed with autism at 2½ years old," said Madam Arinah Minhat, 50, who works in retail. "At around five or six, he showed a very strong interest in elephants. I thought he just liked animals, but it actually grew into an obsession."

Waleed received an elephant soft toy when he was a child and, even now, will part with it only when he has to go to school.

At one point, Madam Arinah had to go to the zoo more than 20 times in a year in order to satisfy his fascination with elephants.

His life's dream is to attend the elephant festival in the Indian state of Rajasthan.

When he discovered that the mahouts who care for elephants are predominantly of South Asian origin, Waleed threw himself into learning about Indian culture.

"At home, he dresses like an Indian boy and eats Indian food," said Madam Arinah, who has Malay and Chinese heritage.

The domestic worker whom the family employs hails from Indonesia but has had to adapt to cooking curries. Waleed can also make his own chapatis.

He has managed to pursue his passion in school, where he learnt classical Indian dance as part of his involvement in Pathlight's dance troupe.

Madam Arinah said she wishes her son had the opportunity to study history as an academic subject because he has a good memory for key dates in Indian history.

He is preparing for his N-level examinations and will then move on to do Institute of Technical Education courses.

A stallholder in the school's canteen told a teacher that Waleed's self-taught Tamil is extremely fluent and he uses expressions found in India but not Singapore.

Madam Arinah is not surprised at anecdotes like these. "Whenever we go to Little India and sit down and have a meal, he'll be the one ordering," she said.

The family lives in Serangoon and Waleed loves being close to Little India so much that he has asked her to never move house.

But Madam Arinah said it can be difficult - even frustrating - to bridge the cultural barrier in her own home. She worries that her son may lose sight of his own cultural roots.

Waleed is an only child and she has been separated from his father since around the time of his autism diagnosis.

On things related to the Indian culture, she said: "It's a bit difficult for me to share or contribute because I have... no knowledge about it."

She added: "He shared with me that there are different Indian languages like Urdu and Tamil. When we go to Little India, he'll say, 'Oh, that's Urdu. That's Hindi, mama'. I can't tell."

She believes that Waleed can write in Sanskrit and also speaks other Indian languages, but she cannot identify which ones. "We live in a multiracial community but often, we don't know anything about (another culture) other than its food," Madam Arinah said wistfully.