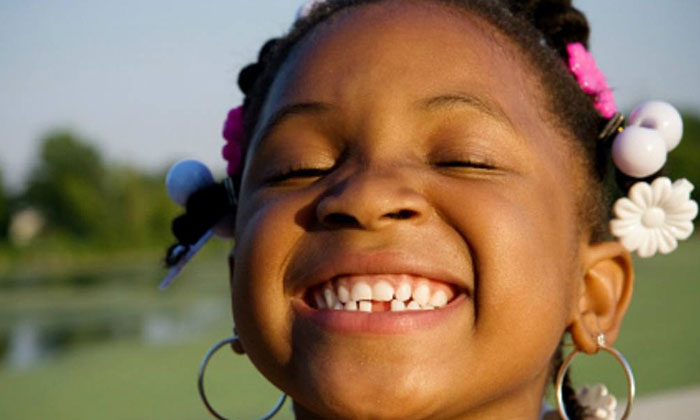 Remember the Tooth Fairy? You know the mythical creature that gets the least amount of respect because she only shows up after we lose a tooth and bleed from the mouth, and also because of the small amount of cash she leaves under our pillow which isn't enough for anything?

And sometimes, she doesn't even turn up.

According to Distractify, this step-dad handled things a little differently. On top of placing some cash under his daughter's pillow, he also wrote a hilarious two-page letter to go along with it, pretending to be a grumpy tooth-fairy.

It has way too many puns, we can't even handle it.\

According to the site, his wife couldn't help but share her husband, Adrian's letter written to her daughter, Scarlett, with the rest of the world.

And even the Internet couldn't handle the puns and cuteness.

This is what happens when you let your husband write the tooth fairy letter pic.twitter.com/uIjECZA8Lk

Here's what the letter wrote:

You couldn't wait until I was back from my holidays? There I was, sitting on a beach in Bermuda sipping a very alcoholic (but not too sugary) drink, when I get a text from one of my gumshoes telling me one of your pearly whites has escaped!

Bleeding marvellous! (see what I did there?) So then I'm on  aboat, then a taxi, then a plane, followed by another taxi, a train a replacement bus service, an uber, a bicycle, a unicycle and a tractor (don't ask) - all to give you a measly two quid! Normally I make good money on teeth (unless I get done for incisor trading!). This time I am seriously out of pocket. Plus, I missed the beach barbecue and there was a cute leprechaun I had my eye on!

So here you go! Here's my cash. Spend it wisely!! No sweets or sugary drinks. I'm heading back to Bermuda and I have to be quick as my tractor leaves in five minutes.

If your other tooth comes out over half term do me a favor and give it back for a bit! Let me have the rest of my holiday! This is a stressful job - some days it's like pulling teeth! - and I need a break.

Netizens on Twitter loved the letter so much, they even started calling Adrian "Step-dad of the year".

Scarlet was "over the moon" after reading the brusque, punny letter, said Dawson.

And that my friends is how you write a Tooth Fairy letter.

Related Stories
Guy writes savage letter to neighbour who constantly yells at his girlfriend
This 5th grader has more game than you ever will, and this love note proves it all
Stranger leaves unexpectedly hilarious note after scratching guy's car that he lets it go
More About:
funny
cute
parent
child
tooth fairy
letter