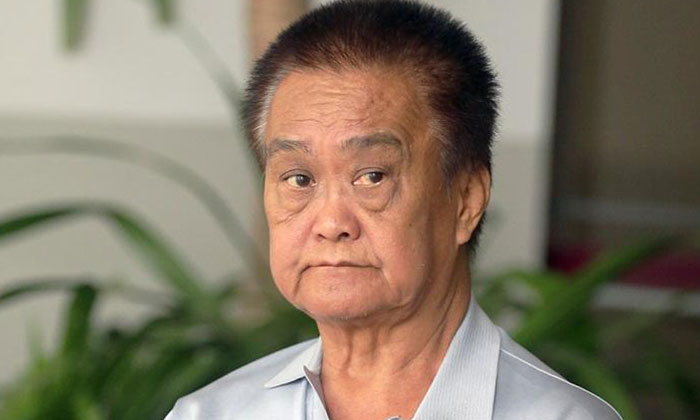 An ill man attended weekly sessions with an unlicensed traditional Chinese medicine (TCM) practitioner operating from his Marsiling flat but died from a critical kidney failure 15 months into treatment.

The unlicensed practitioner has been charged with the illegal practice and advertising of his services.

Wong Choo Kum, 69, had pleaded not guilty to the charges during the trial on Monday (Jan 15).

In the second round of trials on Wednesday morning (Jan 16), Wong did not have a lawyer.

According to the charges read out, Wong had operated his makeshift clinic in his flat at Block 16,  Marsiling Lane, between November 2013 and January 2015.

He checked the deceased’s pulse and tongue during each session and told him that he was susceptible to a stroke or major illness.

He then prescribed him medicine to prevent and treat diabetes and other illness.

The court understands that Wong’s girlfriend and daughter also stayed in the same flat in which Wong practised TCM.

Wong is also accused of distributing illegal flyers promoting his services to residents at Block 19, Marsiling Lane in September 2013.

It was revealed in court that the deceased, who cannot be named due to a gag order, had suffered from a myriad of ailments, including diabetes, high blood pressure and high cholesterol.

He was already on western medication, reports Lianhe Wanbao.

However, his widow said that after Wong promised to ‘cure her husband completely’ in 13 sessions, he decided to forgo the medication and ‘focus’ on getting treated by Wong.

Wong has denied the charges, citing that he is not a TCM practitioner and does not use TCM methods to treat patients.

However, the deceased’s wife said:

“My late husband told me that the accused (Wong) promised to cure him in 13 sessions.

“The accused also told him even if he continued with his western medical procedures, he would still eventually go blind.”

She added that in the initial stages, her husband seemed more energetic after taking the medication and herbs prescribed by Wong.

However, as the sessions continued, he started becoming dizzy.

Medicines and herbs retrieved from Wong’s inventory were revealed to contain sildenafil, a substance used to treat erectile dysfunction, and improve male potency.

By February 2015, Wong claimed that he had already ‘cured’ the deceased, but the latter’s condition continued to deteriorate.

He lost sight in his left eye, while both his legs became swollen.

He later sought treatment at a clinic and had an operation for his eye at a hospital.

The widow added that when during the sessions when she accompanied her husband, she witnessed Wong providing chiropractic massage.

As her hands were aching at that time, she accepted Wong’s offer to treat her.

After the massage, Wong gave her a few medical patches, similar to the ones he had pasted on her husband’s back.

He then told her it would cost her $1,200 if she wanted to continue her treatments.

“It was just my hands hurting, but he wanted to charge me so much.

“At that time, I was so shocked… I never returned to his house again after that.”