Man returns lost wallet to owner in just hours: 'So easy to find all thanks to Stomp' 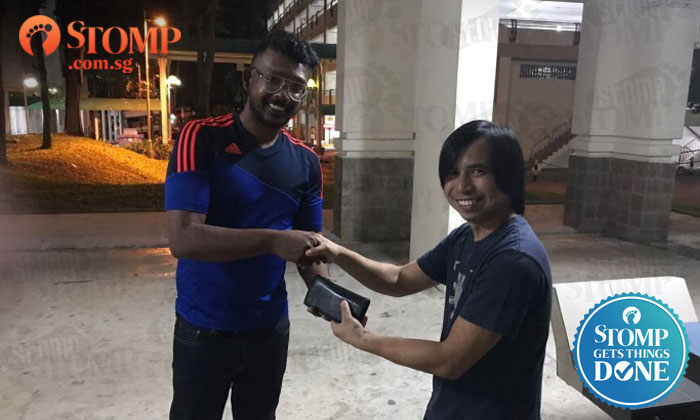 In a Stomp report yesterday afternoon, Aziz said he had found the wallet, which contained an S Pass and several other important cards, at the staircase landing of Block 6 Kim Tian Road.

Less than an hour after his report was published, Jesser identified himself on a Facebook post by Stomp.

We connected both parties so that they could arrange to meet. Jesser had also wanted to thank the Stomper personally.

At 9.30pm, Jesser was reunited with his belongings.

Aziz told Stomp: "The wallet has been passed to the owner!!! It was all so easy to find the owner of the wallet all thanks to Stomp! Thank you, Stomp!"

Related Stories
Beloso Jesser Ortega, someone found your wallet and S Pass at Kim Tian Road
The power of Stomp and how we get things done
4 ways Stomp's WhatsApp service has made a difference to readers' lives
found
Stomp gets things done