SMU student by day, DJ and music producer by night 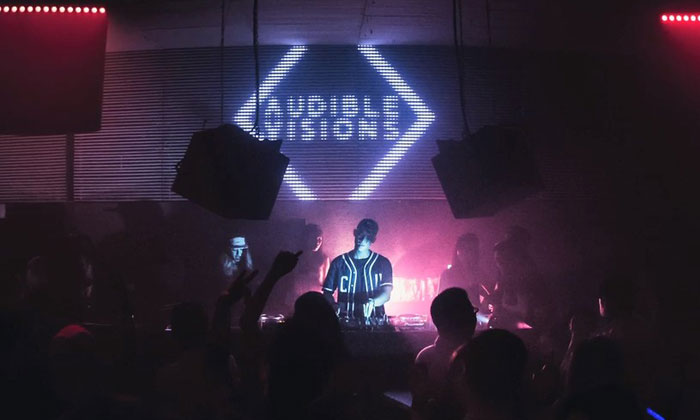 This is the final of a three-part series on students who have ventured beyond the normal academic routes and followed their passion and aspirations.

Today, to young music fans all over the world, he is the self-taught producer-artist known as Myrne - a combination of his first name and that of his idol, Talking Heads' David Byrne.

The 21-year-old is the breakout Singaporean DJ and electronic music producer whose work has been picked up by Mad Decent, Grammy-award-winning producer Diplo's record label.

He has played to thousands at major music festivals in Indonesia, Mongolia and South Korea, and recently at the Singapore edition of top dance music festival Ultra.

He is also a freshman at Singapore Management University, studying for a Bachelor of Social Science degree, with plans to major in political science and psychology.

But four years ago, he was plain old Manfred Lim to most, a literature-loving reluctant science student at St Andrew's Junior College (SAJC).

The A levels were looming.

Though Manfred had earlier topped his secondary school cohort for English literature and wanted to join the arts stream at SAJC, mentors at school told him to take up science subjects as these involved less reading than the humanities.

But he struggled with the science subjects.

"No way was I going to use physics concepts 10 years into the future. I thought there was no point, I was just done with it," recalls Manfred.

He made it through the exams with two Bs and two Ds, but with an A for General Paper, which assesses his writing and critical thinking skills.

In fact, he achieved a score of 2,250 out of 2,400 in the American Scholastic Aptitude Test (SAT), placing him in the 99th percentile of test-takers.

But the music world was beckoning. When he was 15 or 16, electronic dance music (EDM) started creeping into mainstream pop, and he began exploring the genres of house and techno dance music, and trying to compose his own EDM tracks.

He had clearly hit the right note.

By the second year of junior college, he had amassed close to 10,000 followers on online platform SoundCloud, where most of his music was uploaded, and received favourable reviews from online magazines.

Amid all that, with barely three months to go before his A-level examinations, the disillusioned student who saw no relevance in his science subjects told his parents that he wanted to drop out of school and focus on music.

His mother, Madam Connie Looi, who co-owns a real estate company with his father, Mr Peter Lim, 53, recalls: "We were quite shocked.

"We had always believed that if you could study, you should go all the way. Eventually we sort of struck a deal, and said that he could make a decision after completing his A levels."

These days, mum and dad are supportive of him carving out a career in the music industry, but they want him to get a degree first.

"As long as he completes university, we know that he is well equipped to face the world," says Madam Looi, 50. Manfred has a 15-year-old sister, who is studying theatre at the School of the Arts.

HOW THE BEAT BEGAN

A music lover since he was a young boy, Manfred had played the trombone at St Michael's School (now St Joseph's Institution Junior) and taken classical piano lessons, eventually obtaining a Grade 8 certificate.

When he was around 15, he picked up the book How Music Works, while taking a study break in a public library.

Written by Byrne, frontman of the legendary 1970s-80s American new wave band Talking Heads - whose hits include Once In A Lifetime and Psycho Killer - it exuberantly traces Byrne's experiences from teenage music geek to rock star, and details how the evolution of recording technology created new possibilities for musicians.

Such was its subliminal effect on the then Balestier Hill Secondary student that his stage name was inspired by Byrne.

Manfred recalls: "Up till that point, I thought songs were just created by gathering a bunch of musicians in a room and recording, but that's not really how it works.

"You can build a song, even if you're just one person... That was when I started getting into making music on a computer."

Manfred taught himself how to programme dance beats on a laptop in his family's three-bedroom private apartment in Balestier.

"It was a lot of hands-on work," he says. "I would take newly released tracks apart by listening to them over and over again, and spend a lot of time on YouTube and on forums, sending my music to friends and getting feedback."

He adds: "The main premise was that it wasn't physics or chemistry, so it was exciting to me."

While in SAJC, he cheekily made a "funny song" from a chemistry teacher's voice by downloading a lecture recording and adding sounds to it on his computer.

He used to DJ regularly at Vanity, a club near The South Beach hotel in Bugis, but now mainly performs his own music at local and overseas gigs, including venues like Zouk.

But for now, he is focused on his university studies. He finds political science intriguing, while he says psychology is helpful for a range of issues, from business relations to human interactions.

But he is not ruling out the possibility of taking time out from school. "The best outcome is that things get so busy that I have to hold off university for a while," says Manfred, who has about two shows in clubs or regional music events every month.

His booking agency either approaches organisers and show promoters for gigs, or gets contacted by agents who want him to perform.

He says: "I've spoken to a lot of people who are doing music full-time. They said if your career isn't popping, it doesn't make sense to make a jump from whatever is stable and good for your creative space. This balance I have with work is quite okay... It's good to just exercise the mind."

Last December, Manfred was booked for his first international gig as Myrne at the Djakarta Warehouse Project (DWP) in Indonesia, a major regional dance music festival that drew a crowd of 70,000.

He says: "Back then, I was usually just the resident DJ, playing whatever the club wanted.

"But getting booked for DWP shocked me. People actually came to the stage to hear my music.

Just two months before that, Mad Decent released his five-track EP, Softsins. It has racked up close to 500,000 plays on SoundCloud.

Another track that Manfred worked on with Hawaiian producer graves, Tiger Blood, has been played 1.5 million times on the same platform since it was released last November.

Being in the music industry has made the avid reader realise that it is important to have broad-based knowledge. Manfred says: "It's about a combination of people skills, business skills and legal knowledge for things like contracts. The hard knocks you get are really from talking to people and doing business."

"It still is very upbeat."

Manfred declines to reveal how much he makes, but says that his income from royalties and performances is more than enough to cover his annual school fees of about $10,000.

His parents do not attend his gigs - "we'll be quite out of place," says Madam Looi - but are ardent fans, ferrying him to performances, being the first to like his updates on social media, and even watching his performances on live-streaming mobile apps.

Both parents closely follow the progress of Manfred's music career and say they will be able to gauge if it grows to the extent that it warrants him dropping out of university temporarily.

Madam Looi says: "We believe that you can make it big in music, especially in production. The economy is more globalised, and you can reach a wider audience.

"There's definitely a future for him."

They help him out with contracts occasionally and advise him on financial decisions, reminding him to be prudent with his earnings.

Manfred is working on diversifying his skill set to ensure he remains relevant in the music industry, dubbing it his "longevity plan", instead of a backup plan in another industry. He says: "I'm putting my fingers in many pies, and am working towards being not just a producer, but also a really good instrumentalist or remixer."

Everyone needs doctors, lawyers and accountants in society, who bring an immediate benefit, adds Manfred. "But if you adopt a long-term perspective, you can appreciate having a few more creative minds in the population."

His goal is to encourage other people to push culture forward in Singapore.

"Having creative people is also important in any society, for it to be remembered 100 years from now. Of course people remember medical breakthroughs, but they also remember the arts in the city."