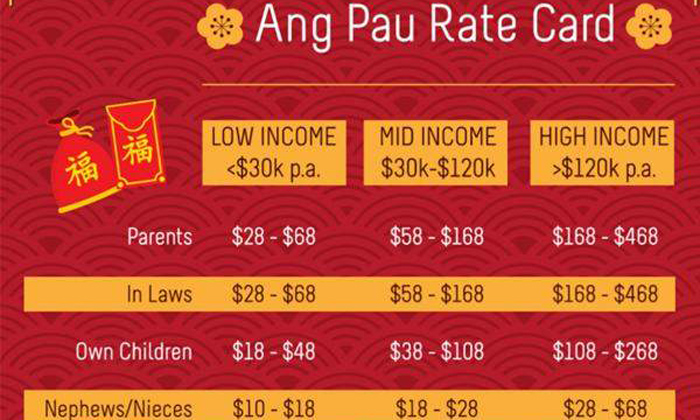 Westgate shopping mall issued an apology on its Facebook page after a photo of ang pau rates that it posted drew flak from netizens.

These categories were further segregated by sub-categories such as "parents, in-laws, own children, nephews/nieces, grandchildren and children of friends or colleagues".

Soon after the image was posted, many Facebook users started responding to it.

While some took it in good humour, others slammed the mall for encouraging materialistic thinking.

Some even called the mall out for posting something 'distasteful'.

The mall subsequently posted an apology at 10.35pm yesterday (Jan 24), thanking readers for their feedback and comments.

Westgate also stated that it would take this as a learning experience and removed the photo at 9am today (Jan 24).