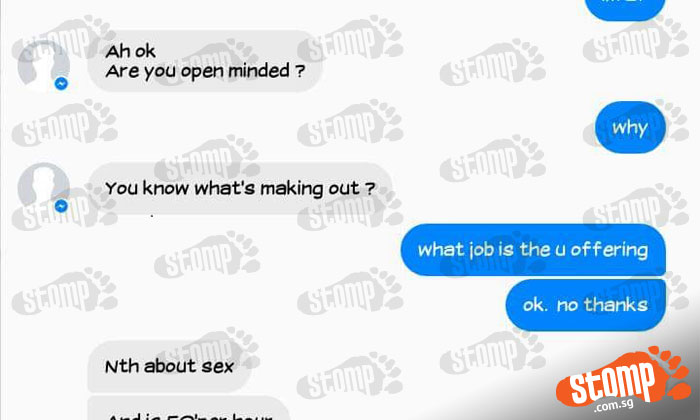 Stomper Sara was shocked when she was propositioned on Facebook while looking for a job.

She had joined a Facebook group looking for a part-time job that paid in cash.

When somebody from the group messaged her about a potential job, she wanted to find out more information.

However, things started going downhill after the man asked her if she was 'open minded'.

He then asked her if she knew what 'making out' was and then assured her that it had nothing to do with sex.

He offered her $50 per hour and said that it would just be with him.

After setting off the alarm bells, she ended the conversation but not before he told her to message her if she's 'ever looking'.

"It happened to me and another lady in the same group as well.

"Just want to share this to all on Facebook, especially those who are looking for cash pay jobs."