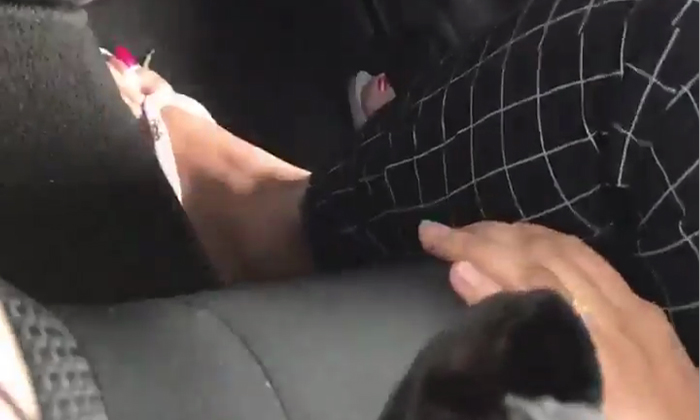 Most of us find uberPOOL to be a wonderful option that inarguably saves money and resources, as it lets users share the ride and split the fare with other passengers who are going in the same direction.

The Twitter user had been on an uberPOOL ride with another female passenger when the latter got into a expletive-laden argument with their driver.

The dispute was apparently triggered by the woman asking their driver to go faster.

Stomper Royston shared how @catp4ws had posted a video of the quarrel and wrote, "I paused my music and my uber driver was fighting with the other passenger".

The 2:20 clip starts off with the driver saying, "Double ride ah, I don’t earn much, you know? You know or not? Just because you are going the same destination, Uber helping you all."

To this, the woman responded, "Then why you drive Uber? Don’t drive Uber la."

This upset the driver further, who said, "Who are you to tell me?"

The woman went on to ask then why was he complaining, which led the driver to chide her for being "too much" because she "asked him to speed".

However, the passenger argued that she only asked him to go at 90km/h, which according to her was "normal".

The altercation escalated when she asked the driver to "shut up" and said, "You bark and bark and bark", causing him to drop the f-word on her.

Both parties also started spewing vulgarities and calling each other names, right until the woman exited the vehicle.

That did not stop the driver's tirade, however, He continued grumbling and said, "She’s a girl, if she’s a man, I slap her, I tell you."

He also told @catp4ws that she could leave too if she wanted adding that he was "just kind enough to help you all".