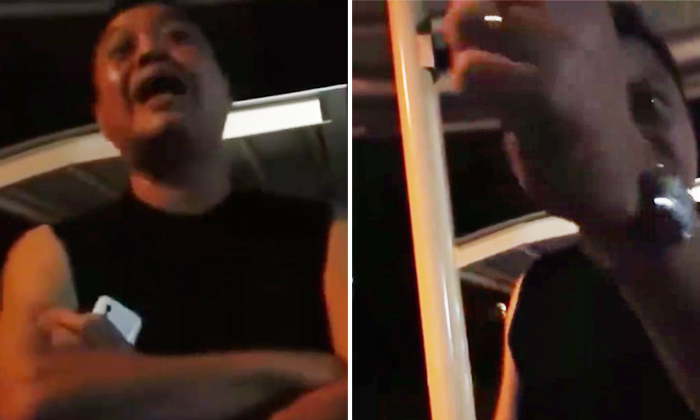 A man turned aggressive and got physical with a taxi driver after allegedly evading his cab fare.

It is unclear when and where exactly the incident occurred, but a video showing the altercation was uploaded by Roads.sg on Facebook yesterday (Nov 9).

In the video, the customer and cabby can be heard having an argument in Hokkien.

The man asked the driver, "What are you talking about?" to which the latter responded, "I only said you stay in a condo. You became 'buay song' after I mistakenly thought you stayed here, what can I do?"

They then continued exchanging heated words over the same issue.

The man also denied running away and said he would pay the fare of $26.40.

He then accused the cabby of being daring and challenged him to call the police, before suddenly turning extremely aggressive.

The dispute escalated with the man hurling vulgarities and appearing to throw a punch at the taxi driver.

Many netizens have slammed the man, with some calling for him to be arrested.

Related Stories
Uncle swings wooden plank and throws punches at worker during dispute at Race Course Rd
Woman shouts at her neighbour: 'Singaporeans like you are rubbish'
Woman pushes down elderly cyclist and warns him not to mess with her because she just got out of prison
fight
assault
evade taxi fare
dispute
argument
man beats cabby