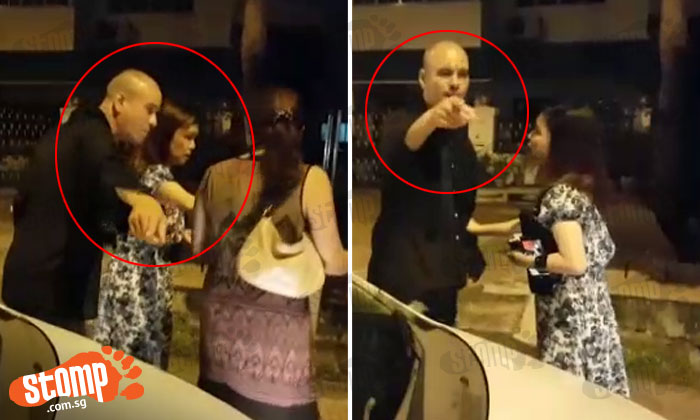 While we have heard many cases of inconsiderate drivers/cabbies, there are also countless stories of horrific customers out there -- much like this one who refused to pay his $20 grab fare, but could get into a heated argument instead.

On Dec 18 at around 8 30pm, Stomper Ronny (who is also a Grab car driver) picked up two passengers from 290 Farnborough Road headed towards 82 windy Heights, Jalan Daud.

And when he returned from the toilet, he brought two other passengers to board the vehicle -- one male and one female. They were all headed towards the same location.

“I had also explained to all four of them that for every stop they make, it will cost an additional $5 per stop as per Grab’s rules and regulations,” said Ronny in a statement to the police.

“Midway through the journey, one of the male passenger then asked to be dropped off along Jalan Eunos.

“I then explained again that it would be an additional charge for every drop off. The bald male passenger (passenger who went to the toilet) then got unhappy and requested for all four of them to be alighted at Jalan Eunos.

“Upon alighting my vehicle the same passenger then broke into a heated dispute with regards to the additional fare and did not want to listen to my explanation.

“One of the female passengers offered to pay for the fare, but was however stopped by the male passenger who insisted on not paying the fare.”

The video sent in by the Stomper shows the heated dispute between the Grab driver and the bald male passenger -- who was also the person who booked the Grab car.

As mentioned previously, the video shows one of the female passenger offering to pay the fare, but the bald male passenger goes up to her pointing and repeating “And he doesn’t want to drop you back?” -- insisting for her not to pay.

He then yells at the Grab driver saying, “I hope you get banged by the bus, and your wife and children will be buggers.”

How rude huh? And not to mention, “cheapo” too. Not only did he refuse to pay the additional $5 charge, but he also refused to pay the original Grab fare of $15 too.

Another female passenger is also seen holding onto the bald male passenger as he yells, in efforts to prevent the argument from getting even bigger.

Another male passenger is seen standing in the background and facing away.

The video ends off with the bald male passenger pointing to the same female passenger who offered to pay the fare saying: “Don’t pay a guy who doesn’t even want to take you home.”

According to Lindsy (Ronny’s wife who is also a Grab driver), there are many cases of customers not wanting to pay the additional charge for extra stops along the way.

“We hope for all grab riders to follow to grab system. Grab has to educate the riders that there will additional charges for the extra stops.

“We have been doing this for close to a year now and there have been many riders trying to play us (Grab drivers) out by not paying the additional charge. They will even request in the notes that if we want to charge, to cancel the trip.

“And if we cancel too much, we will not be able to receive incentives from the company as well. So we have no choice but to pick them up, but we are at a loss.

Ronny has since lodged a report to both the police and Grab support, and are hoping for some follow up actions.

What are your thoughts on this situation? Share with us in the comments below!

Related Stories
LTA officer opens driver's car door in heated argument: 'He want to hammer me, ask him come lor!'
Men smoke in taxi and refuse to get out: One even says, 'Can you take a picture for us?'
Wah, 'gangsta' sia! Biker challengers driver to a fight on AYE
inconsiderate passenger
GrabCar
driver
dispute
argument
drunk
inconsiderate