NSmen to get $100 vouchers to celebrate 50 years of NS 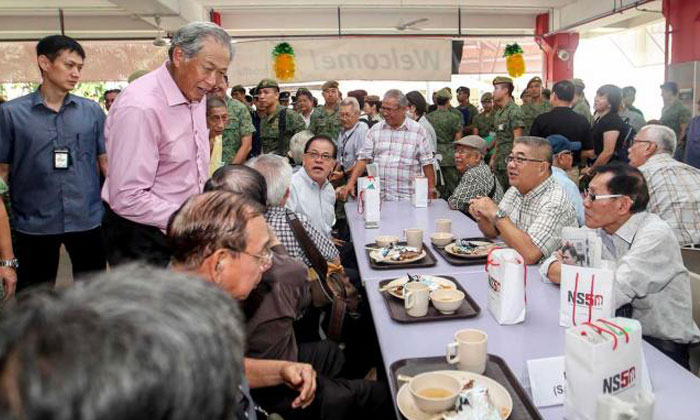 The one million men who have performed national service (NS) in the last 50 years will each receive $100 in vouchers but the sacrifices made in serving the nation are priceless, says the Ministry of Defence.

Yesterday, Defence Minister Ng Eng Hen launched an NS50 recognition package to mark 50 years of national service, in which every national serviceman - who has served NS or is serving now - will receive $100 worth of vouchers that can be used at retail and F&B outlets.

Mindef's director of manpower Lee Chung Wei said the vouchers are a token of recognition and can never repay the sacrifices made in serving the nation.

August 1 to 10 has been designated as an extended NS50 week, during which there will be various activities, such as an NS50-themed picnic in partnership with Families for Life, a non-profit organisation which promotes resilient families.

Organisations and businesses have also planned pledge ceremonies to publicly declare their support for NS.

Retailers which offer national servicemen discounts and promotions as part of Singapore Armed Forces (SAF) Day on July 1 will also extend them to the NS50 week.

It will also list the participating merchants where the $100 vouchers can be used.

National servicemen who are eligible for the vouchers must have completed NS or be serving as of Jan 1 this year.

Those who are serving or have finished their Operationally Ready National Service - formerly called reservist duties - will also get an additional one year of Safra/HomeTeamNS membership.

Dr Ng said that Singapore's success means today's national servicemen have much more to protect than when NS was first instituted 50 years ago.

Describing Singapore as a modern metropolis, Dr Ng told 100 recruits on Pulau Tekong: "Your generation inherits a better Singapore, a stronger SAF (Singapore Armed Forces) and greater support for NS than the one the older generation started with."

It is the fifth such clubhouse. The others are in Balestier, Chinatown, Bukit Batok and Sembawang.