New law: Uber and Grab can be suspended for up to a month if drivers flout rules 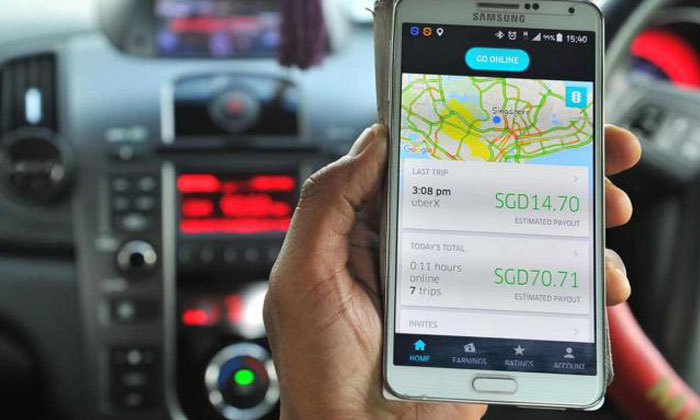 A new law proposed in Parliament on Tuesday (Jan 10) could give authorities the power to clamp down on private-hire car se]'[rvices such as Uber and Grab, if their drivers are found to be operating without proper licences and insurance.

Under the Road Traffic (Amendment) Bill, a blackout period of up to a month can be imposed on these apps.

This means private-hire drivers will be prohibited from driving for a particular ride-hailing service, essentially suspending its operations and ability to serve commuters.

Such a suspension order can be imposed if a ride-matching app has had three instances of drivers flouting the rules within a year.

The offences include drivers using an unlicensed, privately-owned vehicle to conduct chauffeur services; drivers operating without a vocational licence; and not having the appropriate motor insurance.

The Bill, which was introduced in Parliament on Tuesday (Jan 10), will have to be read a second and third time before it is passed.

The proposed penalties, if they materialise, will dovetail with new regulations that will be imposed on the private-hire car industry by the first half of this year (2017).

Private-hire drivers will be required to go through a vocational licensing course and undergo a background screening and medical check.

Cars being used for services such as Uber and Grab must also be registered with Land Transport Authority and they must have decals identifying them as private-hire vehicles.

There are an estimated 25,000 cars being used for Uber and Grab.

Related Stories
Uber driver bragged about drinking and refused to let passenger out of car unless she gave him her number
Passenger from hell grabs Malaysian female Grab driver's chest, asks her for intercourse, and continue harassing her via text after the ride
When your Uber driver shows up with a car full of garbage
Uber driver
grab vs uber
grab
uber
law
traffic rules
lta