Passenger from hell grabs Malaysian female Grab driver's chest, asks her for intercourse, and continue harassing her via text after the ride 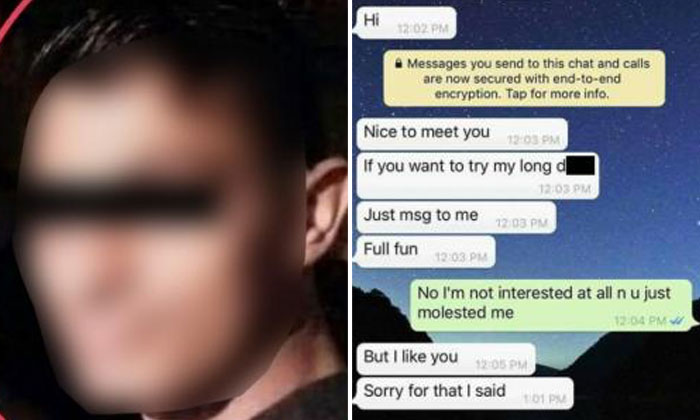 A Malaysian female driver recently suffered a traumatic experience after she picked up a passenger who not only groped her chest, but even continued harassing her after the incident.

The incident reportedly happened last Tuesday (Dec 27) at around 11:45pm, when the driver picked up a male passenger, reports The Coverage.

Despite having arrived at their destination, the passenger refused to alight and proceeded to molest her.

“When I reached the location which he designated, he showed me a picture of his [genitals] and asked if I’m free at night to meet him, have sex with him.

“I rejected him directly and he didn’t want to leave the car as he wanted to talk to me by telling me about his private parts.

“He then touched my breast again and I pushed his hand away, before taking my waist pouch and leaving the car.”

The man followed, but left soon after telling her he was late for work.

But just as she thought the incident was over, the man contacted her on her phone.

The woman subsequently made a police report, and shared a screenshot of the chat in the Uber and Grab Facebook community.

Netizens have deduced that the pervert may be a worker from a restaurant in Bangsar, Kuala Lumpur.