Mary Chia CEO fined $2,600 for hiring beauty and spa workers without prior approval 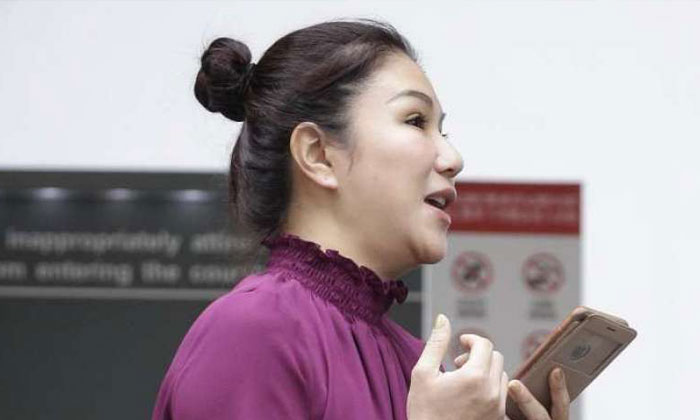 The Chief Executive Officer of Mary Chia Holdings Limited was fined $2,600 on Wednesday (Feb 1) after pleading guilty to employing three foreign women without prior written approval of the Licensing Officer.

Five other similar charges and one count of failing to maintain a proper employee's record were taken into consideration.

Ho Yow Ping, 45, who is the daughter of the founder of the beauty company, Madam Mary Chia, was caught committing the offences in 2015.

A police officer from the Compliance Management Unit (CMU) of Bedok Division conducted a check at the Mary Chia Beauty and Slimming Specialist outlet at Tampines Central 5 at around 4pm on June 11 that year and found Malaysian Chong Yee Ting, 34, working there was a senior consultant.

The Chinese national was then performing a body scrub on a customer.

DPP Poh said that subsequent screenings with the Police Licensing Computerised System (Plus) revealed that Ho had failed to obtain prior written approval from the Licensing Officer for the employment of Ms Chong and Ms Yang.

About four months later, another police officer from the CMU of Central Division conducted a check at the Huang Ah Ma The Oriental Spa Chamber at Mosque Street in Chinatown and found Chinese national Lian Meifen, 30, working there as a spa manager.

The S-pass holder had been tasked to oversee reception matters and arrange for therapists at the outlet.

A check on Plus revealed that Ho had also failed to obtain prior written approval from the Licensing Officer for Ms Lian's employment.

In mitigation, Ho's lawyer, Mr Clement Chen, told District Judge Low Wee Ping on Wednesday that his client had delegated her company's operations to her then-subordinates from the Human Resource department.

However, they did not complete the necessary paperwork for the employees involved in the case.

But Ho has accepted responsibility for the offences and is remorseful for her lack of oversight.

For each count of employing a worker without the prior written approval of the Licensing Officer, she could have been fined up to $1,000.