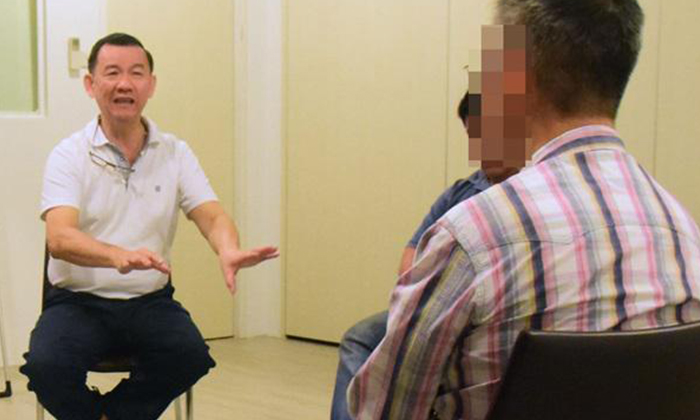 To battle for the custody of his two daughter after the spilt form his wife, a 55-year-old Singaporean man, Mr Chen borrowed $80K from over 20 credit lenders.

However, due to the strengthening of credit laws that was enforced just a week before, the money lenders have demanded that he pay back his loan immediately, landing him in a serious debt, reports Lianhe Wanbao.

Mr Chen told reporters that his marriage had run into difficulties 10 years ago, and he divorced his wife in 2014.

He decided to fight for the custody of his two daughters, aged 17 and 18, but to finance the legal fees, he had to borrow $80k from credit lenders.

He also added that he was a ‘good customer’ insisting that he paid back his monthly instalments dutifully  — until the change in regulations came into effect on Jan 5 and prompted one lender to demand full repayment.

He paid back $2k while trying to apply for a new credit scheme to help him tide over, but found that he was not eligible according to the new laws.

The rest of lenders soon followed suit, and Mr Chen found himself desperate as he was unable to fork out such a large sum in time.

He even approached a MP for help, suggesting that he could redraw the money from his own CPF, but to no avail.

“I was under so much stress then, I even contemplated suicide.

Thankfully, under assistance from the authorities, Mr Chen was referred to the Adullam Life Counselling Center, where counsellors talked him out of it.

Mr Chen is currently in talks with the credit lenders to come up with a viable solution for both parties.

Related Stories
Thai GF insists on going through with engagement after BF dies from accident on the way to pick her up
Let's all learn from this NSF who walked hand in hand with elderly man down the road
We should all learn from this family at Jurong Point: 'Happiness can be really simple'
touching
credit
credit lenders
loans
man borrows 80K to fight for custody of daughters