We should all learn from this family at Jurong Point: 'Happiness can be really simple' 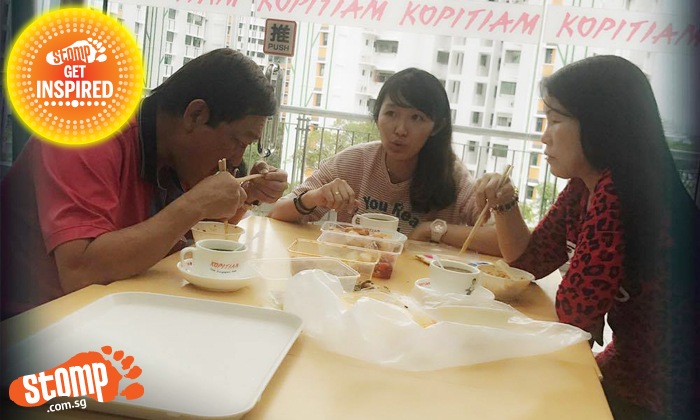 Stomper KJ was heartened by a touching scene he came across at Jurong Point's Kopitiam yesterday afternoon (Dec 23) at around 2pm.

He saw a family who took time to interact and have conversations with one another over their meal, rather than being preoccupied with their phones like many people tend to be.

"Heard a very heartwarming conversation from this humble family sitting just next to me (Parents with their daughter, who I guess is in her early twenties).

"The dad firstly came over to me and asked if they could have the seats with a nice smile.

"Throughout the whole meal, no one took out their mobile phones but instead, just kept sharing about their lives, what happened at work, how her colleagues treated her well, the dad complained a bit about parking, and the mummy commented on how cute some babies are (probably the grandchild).

"The point of this post is really to show that happiness can really be simple. You don't need a lot money, but with proper upbringing and the heart to connect, the world can be be so full of love."