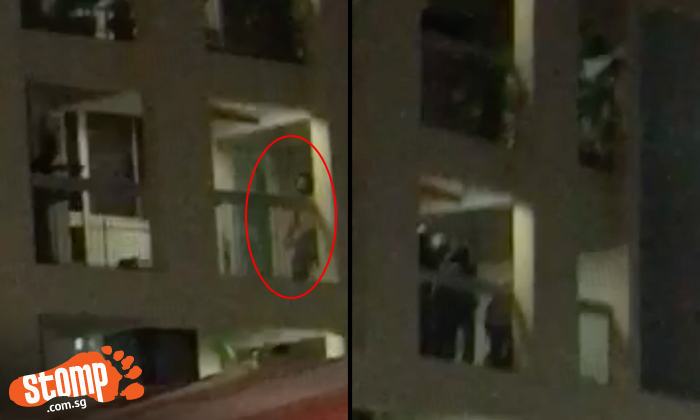 Stomper David was at Block 154, Serangoon North at around 8pm yesterday (Jan 21) when he noticed a commotion among the residents who were at the foot of the block.

Apparently there was a man who had a chopper and he was shouting outside an HDB flat.

The police arrived shortly and a short standoff ensued, before the police officers took down and arrested the man.

“The police came and the whole thing ended at around 8.50pm.

“I’m not sure what happened but the guy was holding a chopper in his hand.”

The Police has issued an official statement regarding the incident:

"A 23-year-old man was arrested in relation to the case.

Watch the suspenseful video below.