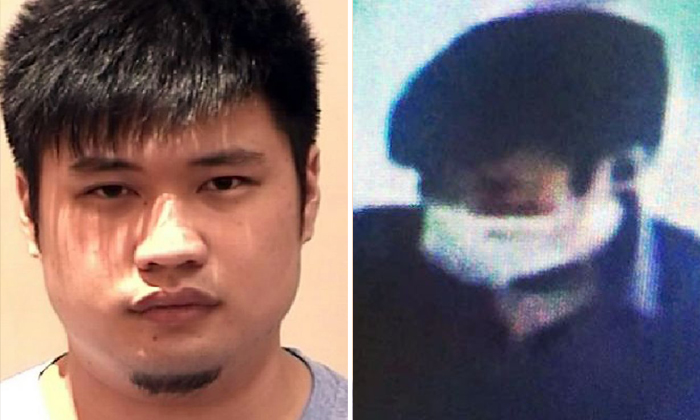 Unemployed and in need of money, he scoured the Internet for an easy target to rob.

Armed with a fruit knife and wearing a face mask, he hit the parlour and held its receptionist at knifepoint before fleeing with $850.

He also tried to rob another beauty parlour at The Adelphi, in Coleman Street, that day.

Yesterday, Ow, 25, was jailed 2½ years and ordered to be given six strokes of the cane for robbery.

The attempted robbery charge was taken into consideration during sentencing.

He bought a fruit knife from a supermarket and face masks from a pharmacy.

On Jan 20, at about 2.30pm, Ow entered the spa wearing a face mask. He pointed the knife at the receptionist, 24-year-old Thai national Virayarutjananon Thitimon.

He demanded that she put all the money from the cash register into a plastic bag.

Ms Virayarutjananon handed over $850 out of fear.

Ow fled and she quickly made a police report.

He went to Northpoint Shopping Centre in Yishun, where he deposited $800 into his bank account.

He also tried to rob another beauty parlour hours later.

The New Paper had previously reported that the police arrested Ow within 12 hours of the Rose Spa robbery.

Yesterday, Ow's lawyer Alice Tan said in mitigation that Ow's father had abandoned his wife and son when he was 11.

Ms Tan added that Ow suffered from an obsessive compulsive disorder that causes him to shower for two to four hours each time and wash his hands up to 50 times a day.

His mother underwent surgery to remove a tumour in her head in April last year, causing Ow to feel helpless at not being able to provide for himself and his mother.

For committing robbery, Ow faced a jail term of between two and 10 years, and at least six strokes of the cane.