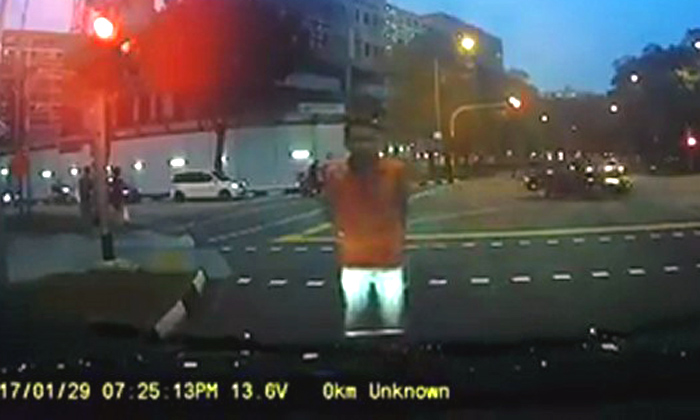 Just when you think Yishun cannot throw anymore surprises at you, it comes up with yet another jaw-dropping moment.

The clip shows Roger stopping at a traffic junction in Yishun with his wife and baby in the car.

Pedestrians can be seen crossing at the junction.

However, one man who was also crossing the road suddenly walks up to Roger's car.

He then goes to the side of the car.

According to Roger, the man tried to open his car door for no apparent reason.

Roger accelerated forward to prevent him from doing so.

"It would have been very dangerous if the door was unlocked," said Roger.

Related Stories
Man who tried to use stun gun on cop in Yishun charged
Man attacked teacher who bumped into him and caused 'tangling of legs' at SAFRA Yishun McDonald's
Suspected brothel at Block 725, Yishun Street 71: When the metal gate is open, it means "open for business"
Yishun
weird
bizzare
unusual