Suspected brothel at Block 725, Yishun Street 71: When the metal gate is open, it means "open for business" 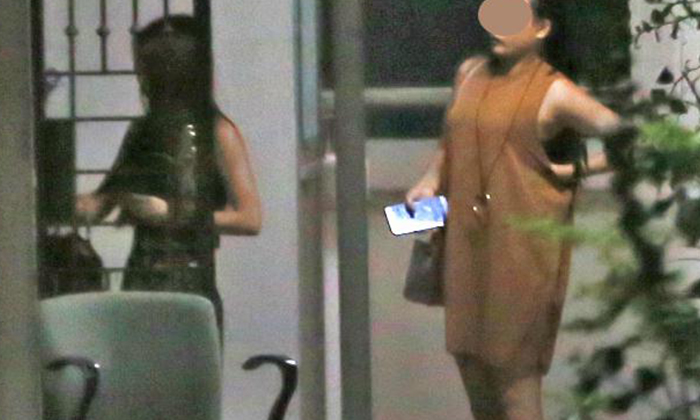 Residents living at Block 725, Yishun Street 71 have suspected that one of the flats is being used as a brothel.

According to Lianhe Zaobao, men have been going in and out of the flat till wee hours of the morning. Scantily clad young women wearing "sexy clothing, high heels, low-cut tops and heavy makeup" were also seen at the flat.

According to a female resident, the incidents started occurring three months ago. The flat was previously rented out to students and working adults.

The resident also said: "The male landlord was often away, so he got a female relative to help take care of the house."

The landlord's relative visited the house on Oct 27 after her suspicions were raised. The same resident also saw police also visit the flat the same day but it was believed to be empty at the time.

The women returned to the flat shortly after the police left.

Here's some information on unlicensed HDB 'brothels' we found in a report by The New Paper :

Heartland brothels operating in HDB flats advertise their services online in an attempt to remain undetected.

Their websites feature pictures of scantily-clad women, mostly from China.

The women are sorted according to the areas in Singapore where they ply their services, but no specific addresses are listed.

Accompanying each prostitute's picture is a list of the sexual services she provides. On some websites, a price is tagged to her services.

Interested customers can arrange to meet the prostitutes by calling the mobile numbers listed on the website. Once a booking is confirmed, the customer will be given an address to go to.

In the case of some brothels that were busted earlier this week, customers are told only the block number and they have to call again on arrival for the flat's unit number.

The New Paper did an online check and found at least 10 such websites. At least five were registered with a Singapore address and contact number.

Under the Women's Charter, it is illegal to manage a brothel here.

A brothel is defined as a place occupied or used by any two or more women or girls, whether at the same time or at different times, for the purpose of prostitution.

Anyone convicted of acting as the tenant, lessee or occupier or person in charge of a brothel and keeping, managing or assisting in the management of a brothel can be jailed up to five years or fined up to $10,000, or both.

Anyone who knowingly lives wholly or in part on the earnings of the prostitution of another person can also be jailed up to five years and fined up to $10,000.