GrabCar passenger blames driver for everything -- including having to pay ERP 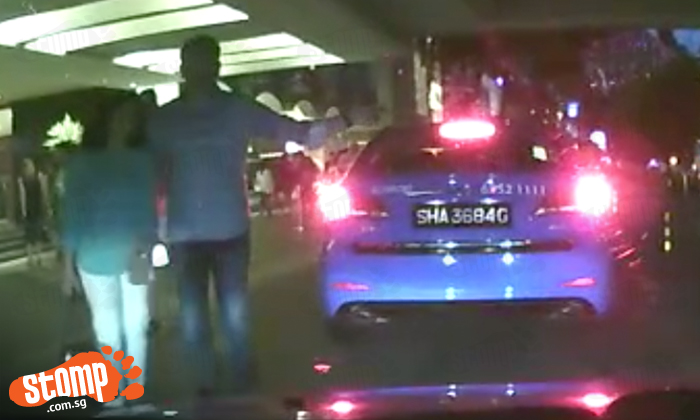 Stomper JX is a GrabCar driver and he had an unpleasant encounter with a passenger whom he picked up around 7:30pm yesterday (Jan 06) from the Grand Hyatt Singapore on Scotts Road.

The conversation between JX and the passenger was captured in a video by the car camera, and JX subsequently submitted the video to Stomp.

In the video, the passenger immediately chastised JXfor being late upon boarding his vehicle, despite JX’s attempt to explain that the delay was due to the heavy jam across the road, which he had to U-turn out of.

As he drove, the passenger started asking JX about which route he was going to take.

JX then asked the passenger if he had any preferred route in mind, to which the man replied:

However, just as JX was turning left onto Orchard Road and about to enter an ERP gantry, the passenger started pressing JX about ERP charges.

JXthen explained that ERP charges are additional upon the stated fare, to which the passenger then retorted that JX should have told him and taken a different route instead.

What followed was about a minute of silence.

After that the passenger asked JX if there was another ERP gantry coming up and if there was going to be another additional charge.

JX gave a rough estimate of the additional cost but the passenger was adamant that JX should have taken a different route, and that the additional ERP charges would have made it more expensive to take JX’s GrabCar as compared to a normal taxi.

The passenger snapped back:

“No, you’re not doing your job correctly, that’s what I mean.”