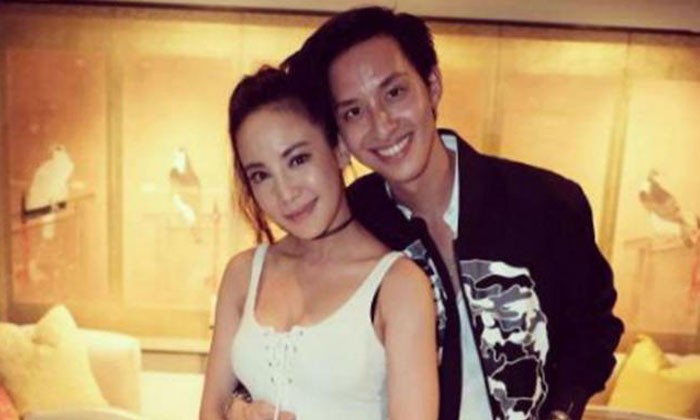 Is love in the air for local actress Fiona Xie?

The 35-year-old is dating 21-year-old Julien Leo, a model and rapper with local band KIN, Toggle reported earlier this month.

News broke when Leo, who is the son of fashion retailer Tina Tan-Leo, posted a photo on his Instagram account with the message: "Happy Valentine's Day Baby!! To the memories we've made and to the adventures that await us!"

Although the photo has since been deleted, it wasn't the only one of the lovebirds on social media.

Xie and Leo also posed for another photo shared by Leo's bandmate earlier this week, apparently taken at a 21st birthday party thrown for him and his twin brother Brandon Leo.

According to Lianhe Wanbao, Fiona and Julien have been dating for a few months and even travelled to Tokyo together last year.

Besides sharing photos, Xie has also shown public support for Leo's band by sharing details of its official debut on her social media accounts.

Although he is only 21, this is not Julien's first foray into the music business. In 2012, the Leo twins gained online attention with their K-pop covers, and even made it to the top 10 in BigBang's cover song contest.

Related Stories
Girl cries after conversation with ex-lover who cheated on her multiple times -- while he does not even flinch
Another V-Day date that's full of win: Dining at McDonald's East Coast Park
fiona xie
celebrity
entertainment
couple
celeb couple
local