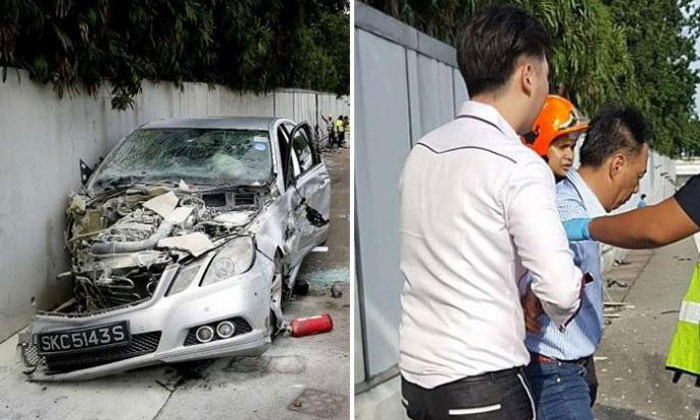 A businessman who is accused of driving against the flow of traffic along the Ayer Rajah Expressway (AYE) on Dec 19 and caused a fatal accident, was offered a bail of $50,000 on Thursday (Feb 9).

On Jan 3, Lim Chai Heng was charged with culpable homicide not amounting to murder for causing the death of Mr Liong Kuo Hua, 37.

Mr Liong, who was also known as Jackie, was an actor who had appeared in several films, television programmes and commercials. He was pronounced dead at the scene.

On Thursday, Lim appeared via videolink from Changi Medical Centre.

The court heard that according to a report from the Institute of Mental Health, he is of sound mind and fit to plea.

She said that he faces a serious charge and besides Mr Liong, four other people were injured in the accident.

Stressing that he had driven his car in a dangerous manner, DPP Teo added that Lim may face additional charges involving these injured parties.

Lim's lawyer, Mr Yusfiyanto Yatiman asked for the judge to grant his client a bail of $30,000.

He told District Judge Kessler Soh that his client's family members are unable to raise the amount proposed by DPP Teo.

Judge Soh set the bail at $50,000, after he found the prosecution's proposal too high and Mr Yusfiyanto's too low.

Mr Yusfiyanto told the court that Lim's family may be able to raise $50,000 "with some trouble".

The bail review for this case will be held on Feb 13 and Lim will be back in court three days later.

If convicted of culpable homicide not amounting to murder, he can be jailed up to 10 years and fined.

He cannot be caned as he is above 50 years old.