E-bikes to now be registered to owner and carry number plates: Josephine Teo 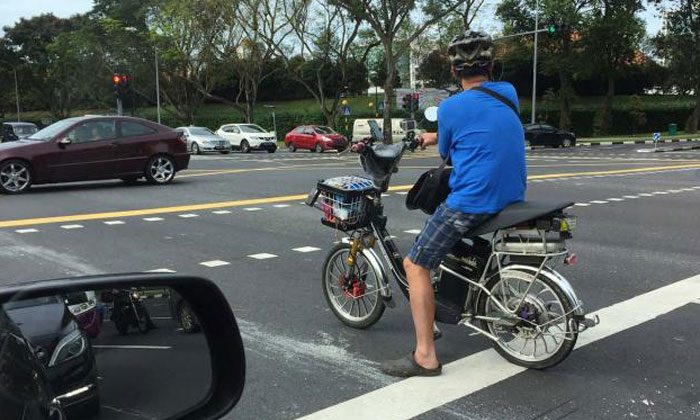 E-bikes will soon have to be registered to an owner and carry a registration plate, said Mrs Josephine Teo.

This is because e-bikes, also known as power-assisted bicycles, are more prone to illegal modification and have a great potential to cause serious injury, the Senior Minister of State for Transport told Parliament yesterday.

This will be mandated through an amendment in the subsidiary legislation under the Road Traffic Act. It is in tandem with the Active Mobility Bill, which was passed by Parliament yesterday.

With the Bill, rules on where personal mobility devices (PMDs), power-assisted bicycles and bicycles can be used will take effect later this year.

Stiff penalties will be introduced for reckless riding. For instance, those found riding recklessly can be fined up to $5,000 or jailed up to a year or both.

On top of the new penalties, cyclists and users who cause injury to others may also be charged under the Penal Code and can be fined up to $5,000 and/or jailed for up to a year.

In addition to a composition fine for compoundable offences, the Land Transport Authority (LTA) may also require offenders to attend the Safe Cycling Programme.

First-time offenders who illegally modify devices and those who sell modified devices for use on public paths can be fined up to $5,000 and/or jailed up to three months.

LTA and its partner agencies, such as NParks, will be given enforcement powers, including inspecting businesses suspected of illegally modifying devices, seize and forfeit non-compliant devices, and demand identification information from suspected offenders.

They can also arrest those who refuse to co-operate.

Under the Bill, LTA can appoint volunteers under the Active Mobility Patrol Scheme as public path wardens.

While they have no powers to seize or arrest, they can obtain the personal particulars of suspected offenders.

They will also carry out regular patrols to educate the public on safe practices and deter reckless behaviour.