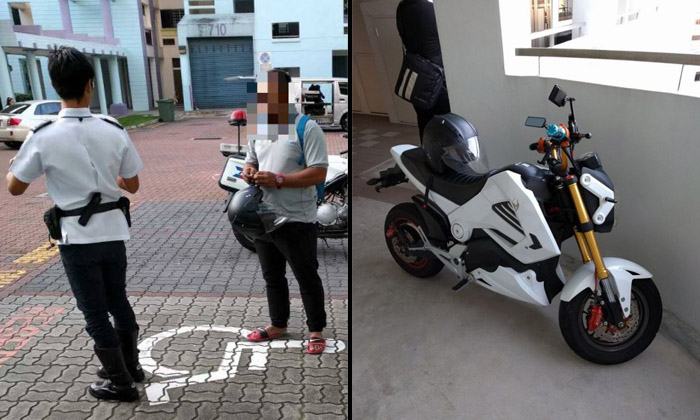 Land Tansport Authority (LTA) officers who were doing a routine check along Woodlands Street 83 and Woodlands Avenue 4 impounded a rider's power assisted bicycle (PAB) that is capable of going at speeds of up to 80km/h.

According to a post on the LTA's Facebook page, The officers were doing a periodic enforcement operation against the riding of non-compliant and unregistered vehicles on roads.

That was when they caught the rider, whose bike had a motor capable of going at speeds of up to 80km/h.

The non-compliant PBA has since been impounded, and the rider is currently assisting LTA with investigations.

"We would like to remind everyone that only LTA-approved PABs affixed with an LTA seal, and in compliance with the following rules http://bit.ly/2hXQleE, are allowed for use on the roads.

"LTA will continue to conduct regular enforcement against errant PAB riders and unregistered vehicle drivers, to ensure the safety of all users.

"Let us all stay safe this holiday season and ride into a better 2017 ahead!"

Related Stories
LTA impounds E-scooter belonging to man caught riding it along Mandai Rd
53-year-old woman hit by e-scooter in Pasir Ris: Family may have to pull plug on life support
Death of 22-year-old who fell off e-scooter at East Coast Park was 'largely contributed' by not wearing helmet: Coroner
lta
e-bike