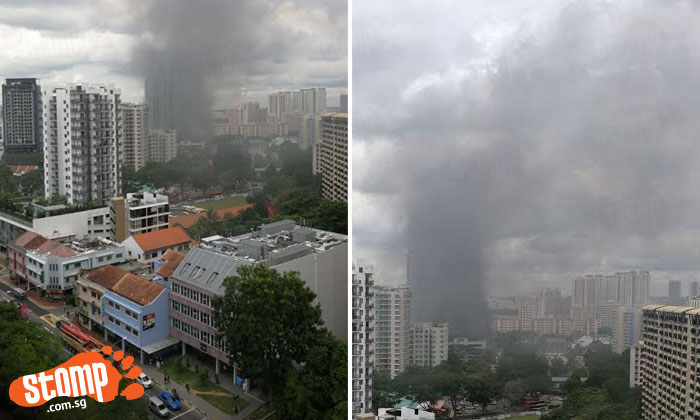 A Stomper alerted Stomp to a fire that broke out at a construction site at 78 Lorong Limau this afternoon (Jan 21) at around 1.30pm.

Photos the Stomper sent show a column of black smoke over several buildings along nearby Balestier Road.

She reported seeing SDCF vehicles in the vicinity.

"SCDF received a call this afternoon at around 1.40pm reporting of a fire at a construction site at 78 Lorong Limau.

"The fire was extinguished with 2 compress foam jets and another water jet.

"The cause of fire is still under investigation."