Appeal for witnesses: Stomper's mum dies after getting hit by car at Woodlands T-junction 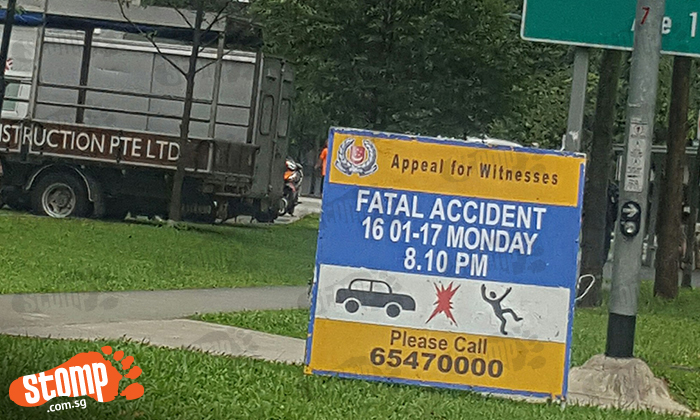 Stomper Enimsaj and her family were devastated when they found out that her mum had been left brain-dead from an accident that happened last Monday (Jan 16) at around 8.10pm.

The accident happened at a T-junction situated between Woodlands Avenue 6 and Woodlands Drive 65.

A car that was turning right had apparently rammed into the elderly woman while she was crossing the road, said Enimsaj, who heard from witnesses.

Her brother, who lived with their mother in an HDB flat suspected that something was off when the victim failed to return, after having left two hours before to buy dinner.

He went downstairs to look for her, only to find out that an accident had taken place and that police officers were already on scene.

As the victim did not carry her Identification Card (IC) with her, officers were unable to verify her identity but said she had been conveyed to Khoo Teck Puat Hospital.

Suspecting that the victim might be their mother, Enimsaj's brother contacted her and the two made their way down to the hospital, where they anxiously awaited for doctors to finish surgery, before they could identify her.

Unfortunately, their mother was brain-dead by this point and passed away on Jan 20.

"According to two witnesses, my mum crossed the road only when the green man was flashing.

"I hope anyone with key information on the case will be able come forth to help address this grievance."

Enimsaj has also shared about the incident on her Facebook page, appealing for witnesses to come forth.