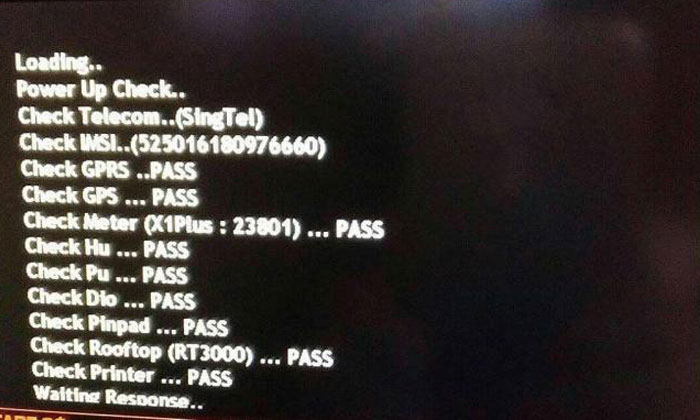 A technical glitch affecting the terminal systems of about 100 ComfortDelGro taxis resulted in cabbies being unable to take bookings or accept cashless payments yesterday.

Taxi drivers from Singapore's biggest cab operator told The Straits Times that they were unable to log in to their mobile data terminals in the morning and early afternoon.

The outage lasted as long as nine hours for some cabbies.

The terminals are used by cabbies to receive passenger bookings and messages from their company and to process cashless payments such as credit cards and Nets.

When asked, ComfortDelGro confirmed that there had been "intermittent log-in issues" with the mobile data terminals of about 100 of its taxis.

ComfortDelGro has a fleet of more than 16,700 cabs under its Comfort and CityCab brands.

Group corporate communications officer Tammy Tan said: "Taxi booking services were not affected, as close to 40,000 booking jobs were catered for during that time, but some passengers had trouble paying by cashless modes."

ComfortDelGro taxi drivers said they were unable to log in to their mobile data terminals in the morning and early afternoon yesterday.

Ms Tan added that the problem had since been rectified.

Cabbies said they had to turn down customers' requests to pay by card, and asked them to use cash instead.

Maxi Cab driver Henry Tay, 48, said: "I was scolded by a few passengers as they thought I was giving excuses and didn't want to accept cashless payment."

Ms Ruby Chan, 43, who drives a Hyundai i-40, said that because she was unable to log in to her terminal, she could not take any booking jobs.

She usually gets between two and five such jobs each day.

"But I was lucky that I could make up the shortfall by picking up passengers on the street," she said.

The new terminals feature a user-friendly interface as well as boast more processing power, to allow cabbies to receive and confirm booking jobs more quickly, the company said then.