Customers book MBS hotel room for $70 due to website glitch 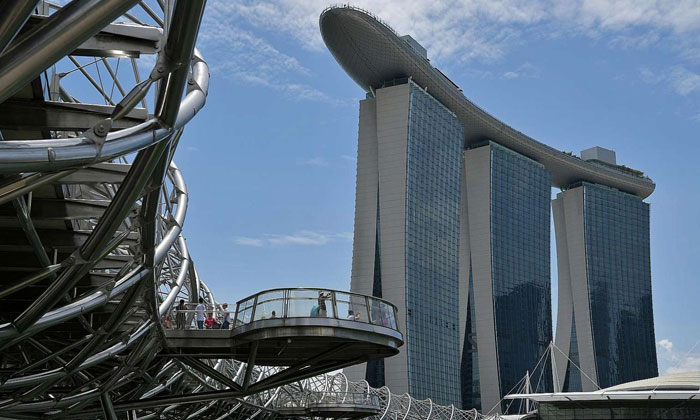 Does a night's stay at the Marina Bay Sands (MBS) for $70 sound too good to be true? It is.

Several people who had booked rooms at that price were left disappointed after MBS informed them via e-mail that the price was an error.

Instead, it offered them the rooms at $450 per night with a $100 credit on their final bill.

Mr Joel Tan, 25, a project manager, is angry at the increased cost of his reservation.

He said he found the deal on MBS' website on Nov 28. He immediately booked a stay for March 31 to April 7. He received a confirmation e-mailthe same day but was informed on Monday about the change in price.

"I am disappointed that MBS is not honouring its obligations. It has to take responsibility for the mistake," said Mr Tan.

He told The New Paper he had booked the room for friends who are flying here in March.

He has yet to let them know about the change in price as he is waiting to see if MBS will do anything else.

Another customer, Mr Clarence Chen, 28, had booked a room from March 31 to April 7 for his family.

Mr Chen said he was disappointed when he received an e-mail about the new price.

He said: "I am now thinking of selecting another place for my staycation because of the way MBS tried to resolve and downplay its error in pricing."

When contacted by The New Paper, an MBS spokesman said the room rate error "arose in connection with a promotion for stays ending March 31, 2017".

"Only guests who booked through this promotional page and planned to arrive on 31 March were affected," said the spokesman.

She said no credit cards were charged upon booking. MBS is investigating the cause of the error, and it apologises for the inconvenience to its guests.

The spokesman added that MBS' terms and conditions state that the hotel has the right to correct the rate or cancel a reservation (after directly contacting the person) if the rate has been incorrectly posted.

The Consumers Association of Singapore (Case) told TNP that as payment was not made at the time of booking, the hotel is likely to dispute the validity of the contract. It also noted that in MBS' terms and conditions, any reservation is subject to its confirmation.

But Case added that consumers can attempt to negotiate for an amicable resolution since confirmation of the booking was received by the consumer.

In a separate case in December 2014, Singapore Airlines allowed about 400 passengers to fly business class although they had bought tickets at economy-class prices due to a pricing error.