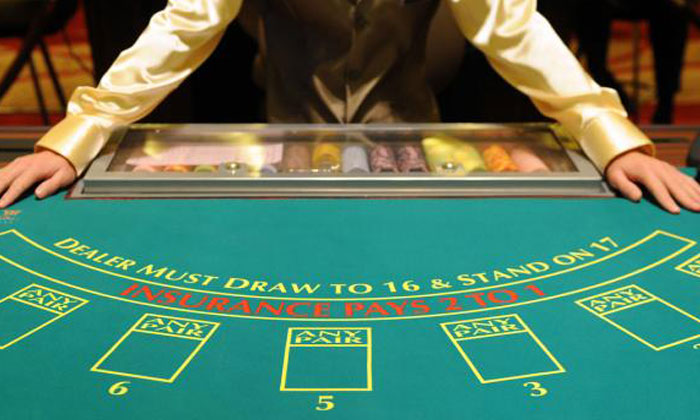 Three gamblers have agreed to pay back some $875,000 in winnings to Marina Bay Sands which they allegedly pocketed after discovering a glitch in the casino's loyalty membership scheme.

Marina Bay Sands had sued businesswoman Ho Man Yuk, a casino player from Hong Kong, together with Indian businessman Shaik Farid and Ms Shaikh Shabana Bi, who has business interests in Singapore, for allegedly colluding to redeem a total of $1,029,200 in Sands Bonus Dollars - which can be exchanged for promotional chips to play in various casino games.

Ms Shabana was a member of Marina Bay Sands' loyalty membership programme, while Mr Farid and Ms Ho were both top-tier members.

Ms Ho, 37, had been eligible to claim Sands Bonus Dollars during two promotion periods in 2014.

As part of the procedure, she inserted her membership card and keyed in her PIN at a kiosk on the premises and found that her successful redemption had not been recorded - apparently because of a programming error.

It meant a patron could repeat the steps and redeem an unlimited sum of bonus dollars. Ms Ho was eligible to reclaim 100 Sands Bonus Dollars during the two promotion periods.

She redeemed the bonus credits twice, in March and April 2014, and then enlisted the assistance of the other two and showed them the steps required to redeem the bonus dollars.

The defendants used the credits to gamble at the electronic roulette machines and walked away with $875,133 in winnings.

Marina Bay Sands, represented by Drew & Napier lawyers Kelvin Tan and Juliet Liew, argued in court papers that the sums were credited as a result of a mistake and the defendants had "unjustly" enriched themselves.

Ms Ho, defended by Mr Sarbrinder Singh from Sanders Law LLC, who is also the lawyer for Mr Farid and Ms Shabana, countered in documents filed in the run-up to the case that the $875,133 payout was legitimate as she had won the money from a roulette machine.

Ms Ho denied knowledge of any alleged system error and claimed that she believed she was on a streak of good luck that kept her winning the bonus rewards.

Under last week's High Court settlement, the three defendants agreed to jointly return the $875,133. No costs were payable.